these used to be pants 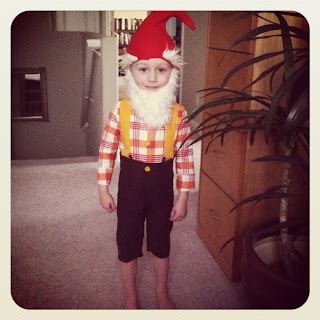 While Larry sleeps every afternoon Lennon likes to try on ten million costumes.  Usually a superhero, when he walked out in this old thing I couldn't stop laughing.  Which wasn't the reaction he was looking for but it reminded me of my favorite Halloween costumes yet.  I wish I could get them in adult sizes.

In other, annoying news, the ice-chewing portion of my pregnancy is officially underway.  Tod may need a place to sleep until April.  If I could, I would eat bowls of Sonic ice as meals.  Plus chocolate covered pretzels and clementines.  We finally gave the Thai food at Archi's a try last weekend (blech) and I ate more crushed ice than yellow curry.

You wouldn't know it by looking at me, however. 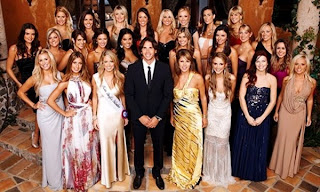 And one last thought -- why DO I watch The Bachelor?  A.D.E. texted me the other day, "Why do I keep watching The Bachelor" and I texted back "mindless entertainment" but really?  I'm not a big fan of Ben and not just because he slept with a supermodel in the ocean while 10 other girls hoped for a hug.  I think that's a pretty safe bet on most days.  So why do I look forward to Monday nights in the most unhealthy way?  Is it for Rachel's bangs or Kacie B.'s hard-to-control-curls in humid weather?  Not sure.  But today is Thursday which means only four more days...

I'm sorry, did I just call Courtney a supermodel?  I meant model hopeful. 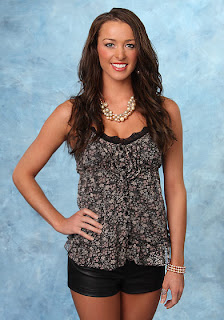 My almost daily conversations with Megan usually involve discussion over why Ben keeps "the poor one" (Jamie, above) and is inevitably followed by an argument over Lyndzie (below).  I declared she was the prettiest one left.  Megan argued that her skin and lips were gray and she looks "like a chain smoker...at least a pack a day" (real quote).  WHAT??? 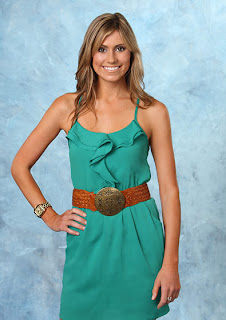 Would YOU play baseball for time with Ben?  I'd like to think I wouldn't.
Posted by MediocreMama at 4:18 PM

Why could I never crave ice when I was pregnant? I always wanted 7-11 hot dogs. I can't think of anything more disgusting.

And I can't figure out why I still watch the Bachelor either. But I will say that I am always a little more grateful to my husband on Monday nights.

this week i said, "who the heck is jamie?" i honestly cannot recall this girl.
ben is beyond boring.
except for that one time he boinked crazy eyebrow lady in the ocean. and i totally just used the word "boinked". dont get me wrong, im not a fan of that whole thing - but at least he showed some kind of excitement...im assuming, at least. gosh. i hope so.

...well i dont have anyone to discuss my weekly bachelor problem with. so apparently im taking it to your blog. sorry!! ;O)

I want to verbally assault Courtney (imagine me saying that with this crooked gross lips). You watch this show because it's the best show on TV, even if Ben looks like a slightly more ape-ish version of Josh Groban.

My husband and I watch the show every Monday night, and we have it on DVR to watch after the kids go to bed. I too have thought about Jamie and wonder why he keeps picking her, after our favorite-her name escapes me now, was sent home.

And courtney, that is just gross. I love how she continually refers to herself as a "model" on the show when talking to people and then puts people who are educated, productive members of society down. I want to send her a copy of Peter Post so she can brush up on her manners- but...she most likely couldn't read it anyway.

i have similar conversations with my friends when we watch every monday night too. Except we can't remember any of their names so they have nicknames like "horse girl" "bangs girl" "stripper girl" (aka VIP Cocktail Waitress). Ben is disgusting, and I don't know why I keep watching either. He's one of the worst bachelors ever...but the show is just so damn good, I'm pretty sure I will always watch it, no matter who is the bachelor/bachelorette...

Ryan - You could verbally assault Courtney. I'd like to be there if you did (twisted mouth).

Awesome O's - Peter Post would be a great idea.

Ben's hair kills me. I WANT him to pick Courtney. Don't you think it would make the best "After the Final Rose" episode?