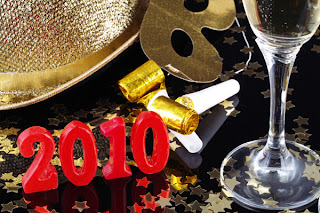 I'm not sorry to see you go.  We've had our share of good times together but you could've been better.  Easier.  I forgive you because it turns out I've learned a lot.  Maybe when we don't get what we want that's what happens.  However, you took my dad.  I stood in a cemetery on Christmas Eve and tried to talk to him but he was not there.  Just a snowy grave.  And sometimes that makes me hate you. You also took my Grandma Martha, Tod's Grandma Wever and just a couple weeks ago his Grandma Brown.

Really?  This was all necessary?

I admit there were good times.  While we said goodbye to our lovely house we said hello to a new  neighborhood with lots of kids and trick-or-treaters and Christmas lights.  And with the exception of our recent visit to the E.R. and admitting my helpless child into the hospital we've been healthy and safe.  I think Tod only received two speeding tickets as opposed to his usual six per year so that was awesome.  Right now our kitchen door is covered in pictures of people we love....who are organized enough to send Christmas cards.  I look at those pictures throughout the day and feel so much love from and for them.  In fact, I reunited with my long lost Canadian buddy twice since you began which made you much brighter. I also learned how to make a killer pie crust and just before you ended I was given the most beautiful boots I've ever owned (thanks Mom) followed by almost ruining them with a soup incident the next day.  You're lucky Tod's good with leather.

On your way out if you happen to see 2011 tell him to go easy on us.  Let him know that we're sort of tired and need more sunshine.  Ask him to bring Baby Clark into this world without complications and to keep our friends and family safe.  Remind him that we've had enough death to last us a decade so we'll get together again in 2021 and renegotiate.  Which may or may not be a real word.  And finally, please mention what my wise, calm Grandpa Larry reminded me the other night, "The night is darkest before the dawn."

Email ThisBlogThis!Share to TwitterShare to FacebookShare to Pinterest
Labels: Goodbye 2010

I planned on writing a similar blog post, but you beat me to it. You'll probably see one similar soon. 2010 was bitter sweet-way more bitter than sweet, but your year was much tougher and I'm sure you're stronger. I've decided 2011 is supposed to be the year of rebuilding and growth. It will be a good one I just know it.

I love this post. You know we all feel this way and I love that you wrote it out so well.