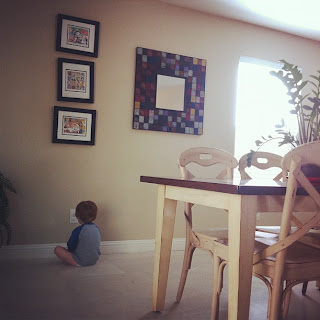 The next time you come over and can't find Larry, look in a corner...on the floor. Because lately he's spent most of his days in time-out. His favorite word is no and hitting me in the face is now a weekly event. 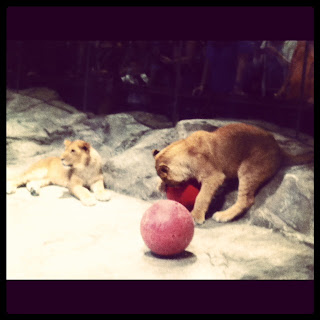 Despite his recent decline in good behavior, we took the boys to see the lions at MGM Grand followed by a monorail ride through downtown. Thanks, Nat. 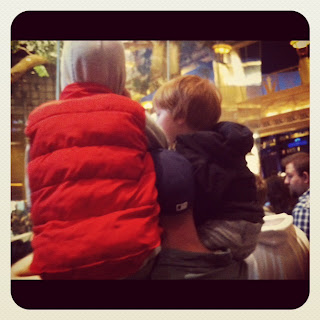 Things were fine and then we hopped on the monorail.  There was some cheerleading convention in town so in steps a grandma, her daughter, her daughter's cheerleader eight year old, then some straggler they had with them who was drunk.  It was noon.  And his button up shirt was unbuttoned, no undershirt.  He was probably 21.  First time drinking maybe?  Pretty sure Grandma was footing the bill for his crazy cheer weekend in Vegas. 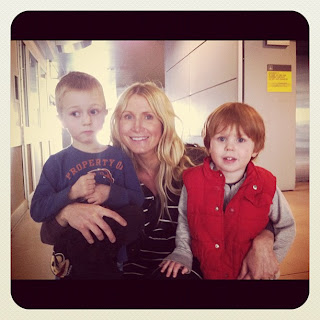 So we spent the entire northbound ride listening to this guy spit out one lame thing after another.
"HAHAHAHAHA we're in VEGAS BABY!  If you want to know how to have a good time just ask the drunk single guy on the monorail!"

"HOLD ONTO YOUR PASTIES!"

"I'm gonna keep drinking out of this bottle and you can't even arrest me for it!"

"What the hell is that place...the Palazzo (his pronunciation: pal-a-zo)?  Sh#t I don't even know where we are anymore I am WASTED!"

and so on.  So Tod asked Lennon, "Hey Lennon, can you spell TOOL?" 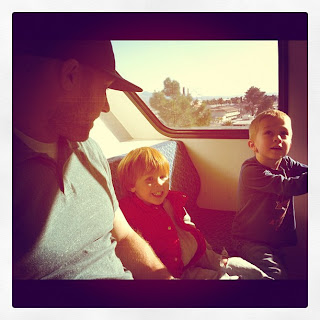 But the boys had fun.
Posted by MediocreMama at 4:15 PM

Email ThisBlogThis!Share to TwitterShare to FacebookShare to Pinterest
Labels: Drunk guy on the monorail, wishing I'd taken a picture

Good to know I'm not the only mom with a 2 year old in time out ALL the time. The kid was awesome, I really liked him. Then he started hitting me in the face, too. So......awesome.

BWahahaha I know he's your husband and all, but "Can you spell tool?" kinda makes me love Tod just a little.