Because Wevers are Winners

A month ago I asked Lennon what he wanted to be for Halloween.
Answer: Batman/Spiderman/Superman.
Since I had those on hand, I bought Larry this: 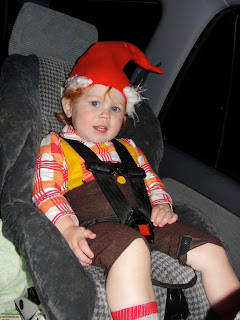 But when Lennon saw it, he decided gnomes were cooler than super heroes. 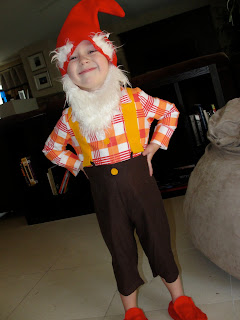 Garden gnomes are important at our house.  One year I bought Tod a tent for Christmas.  That same year my brother Tommy bought him a garden gnome.  Tod liked the gnome more.  We've had it in our yard since.  There's also a miniature gnome hidden in our house as I type and NO I WON'T TELL YOU WHERE. 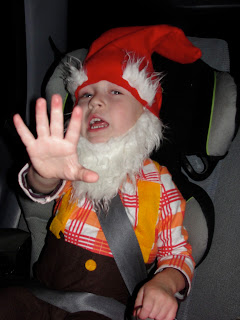 We took our kids to the ward Trunk or Treat dressed as matching gnomes.  Getting a good picture of them was almost as tricky as catching a real gnome. 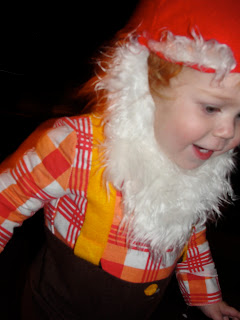 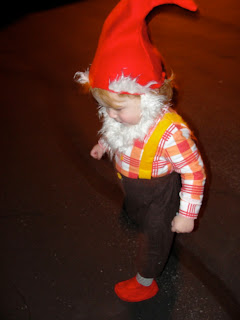 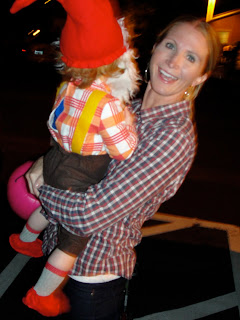 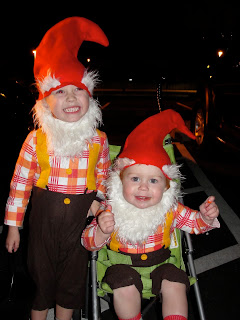 We offered candy and took this shot at last.  Does Larry's face look like it was meant for this beard?  Yes. 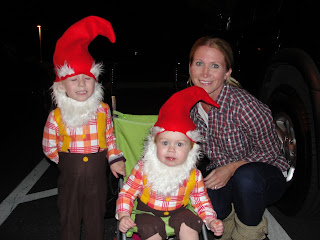 This picture was taken a few minutes before Lennon won Best Costume of the Trunk or Treat.  Awwwwwwww yeah. 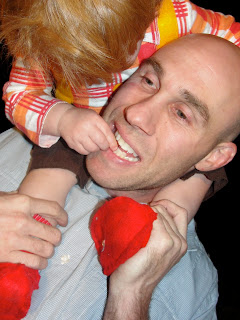 Happy Halloween everyone.
Posted by MediocreMama at 7:29 PM

I totally agree. Gnomes are way cooler than super heroes! They look great.

I want one of those gnomes in my yard!

these are hilarious. so a tri in your neck of the woods is on the agenda for next year. ill keep you posted.

So cute. Larry was born to wear that costume. Wish my boys would let me pick their Halloween getups but alas we had two Spidermans this year. A black one and a red one.

Did Larry feel bad that he didn't win too? I mean, that doesn't really seem fair.

We love & miss those little gnomes of yours. What a neat idea for a costume. CONGRATULATIONS on winning the best costume award, Lennon. Lucky your little brother is too young to have hurt feelings. Larry makes a really great gnome ... that smile, that hair, and he does look like he was born to wear that beard!
We sure do miss you guys!!

So great! Did you make them? WOW!