The month leading up to Christmas was crazy.  Christmas itself was so nice.  We didn't do anything.  A part of me saw everyone's pictures ice skating and hot chocolating and sledding and skiing and snowboarding and wished we were doing that too.
But then...not really.  Not at all not even a little bit.
We still have a two year old and seven month old.  Naps.  Bottles.  Diapers.  Pack n plays.  Baby food.  Bibs.
I'm excited for that season of all four kids ice skating but for now, we're in a season of being home and it's been nice.
Christmas Eve tradition from Grandma Martha's book of the Christmas story. 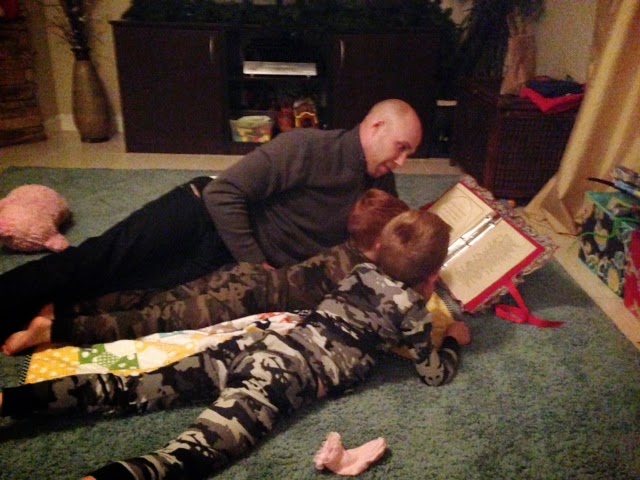 My youngest (in an outfit from Grandma Carol) and my oldest.  Notice how the hat barely squeezes onto his huge head. 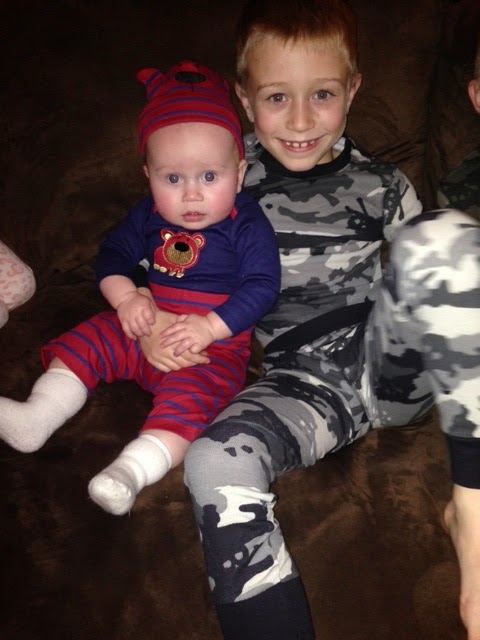 Christmas Day came after a looooooong night for Santa.  I think Mrs. Claus told him to start assembling Ruby's kitchen set around 8, but he decided to start closer to 10 or 11.  Not sure what time he went to bed because I was done around 1 am.
But have you ever seen anything cuter in your life: 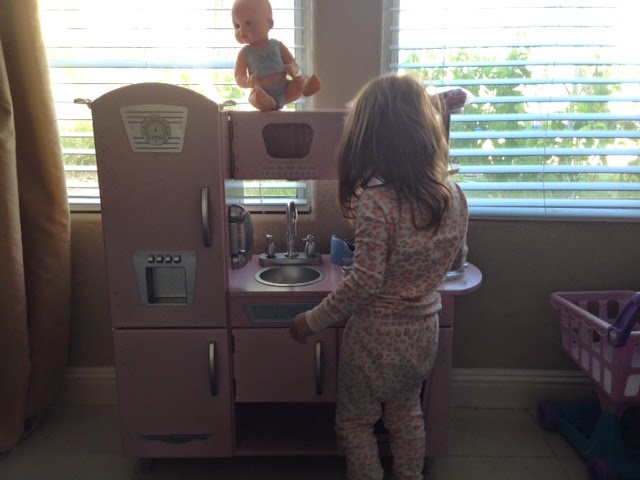 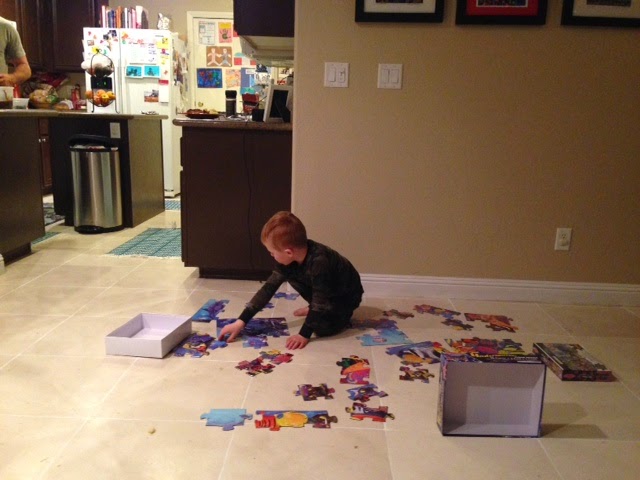 Larry has been really into puzzles so he spent almost all of Christmas Day putting together his new ones.  He has patience for slow stuff like that and gets it from his dad.  For sure. 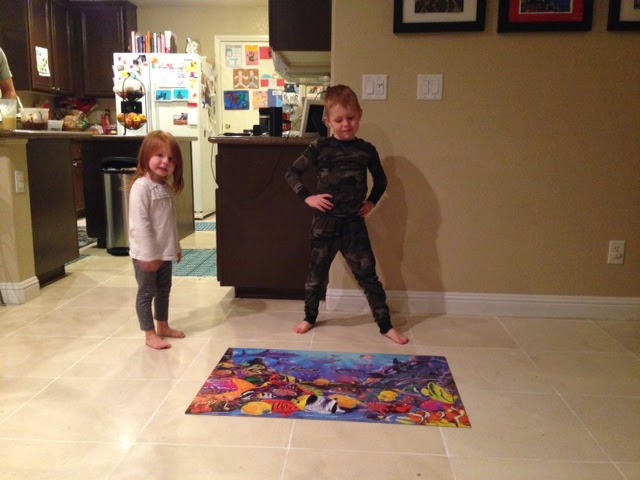 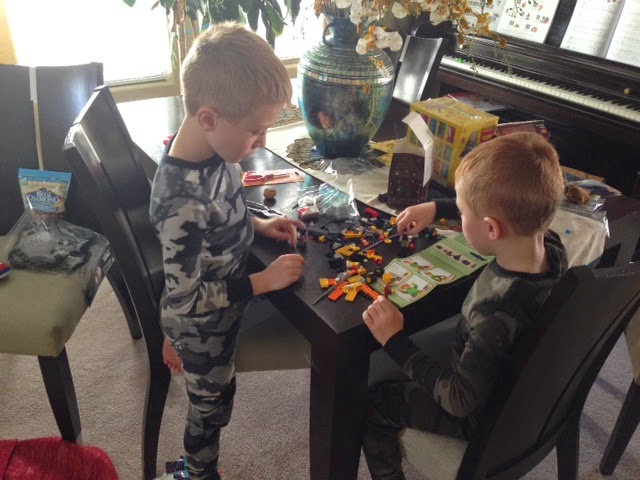 Lots of Legos put together that day too.  I have such a love/hate relationship with Legos which may warrant an entirely different post.  They are awesome but step on one in bare feet and you want to die. 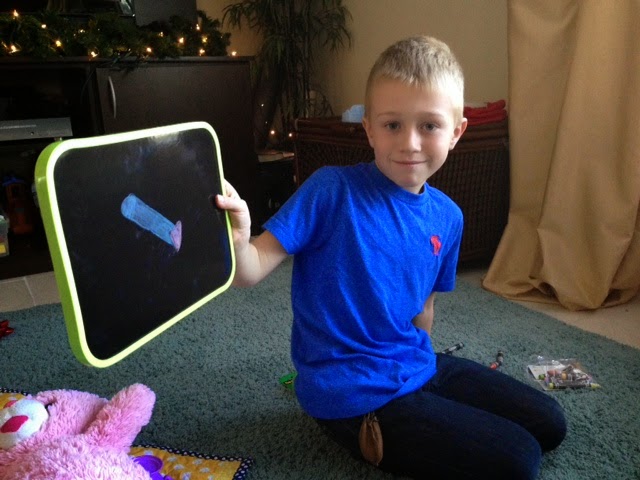 Lennon surprised us with a really phallic drawing which eventually became a rocket and wasn't as offensive.  He kept asking, "Why are you guys laughing?  What's so funny?" 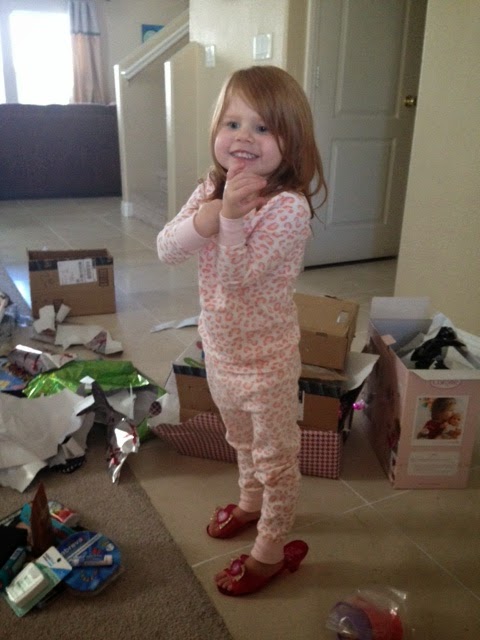 Christmas is maybe a little more magical when there's a little girl involved.  She was gasping and dancing and hugging and squealing with every gift.  She makes everything more fun. 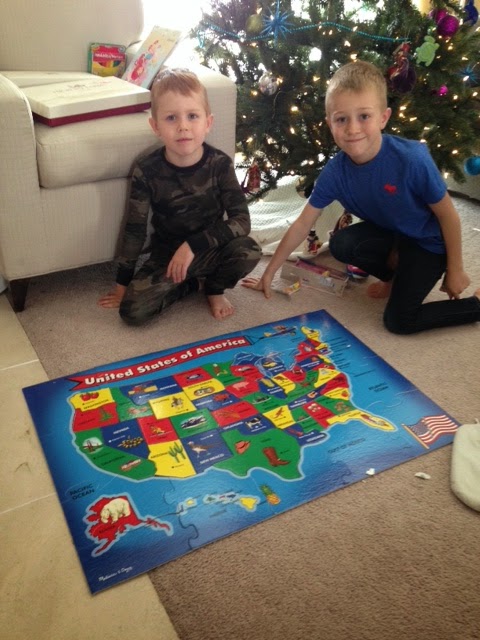 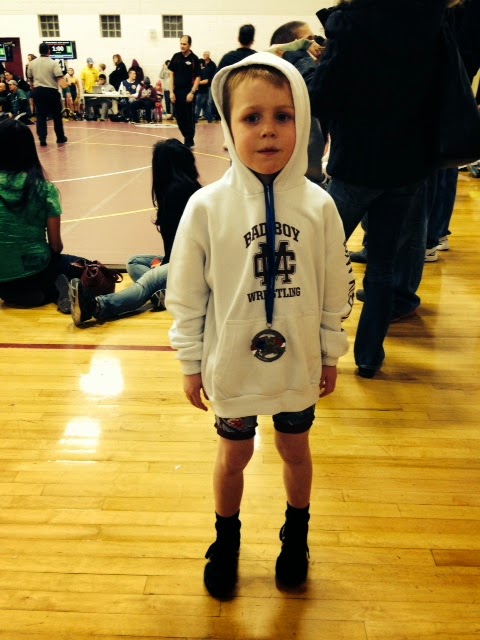 The boys had a tournament over the break and were awesome. 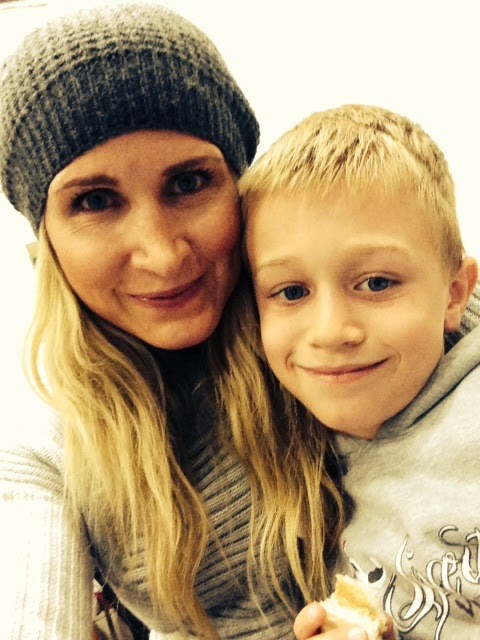 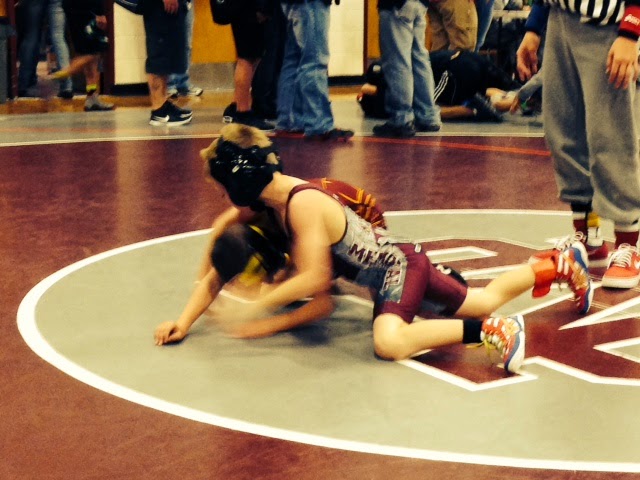 Larry took 1st and Lennon took 2nd.  What makes me the most proud is just seeing them try.  I remember hearing guys in high school talk about wrestling and how they'd never go out alone on a mat...in a singlet...risking another guy slamming them to the floor or pinning him.
My boys are so brave and try so hard. 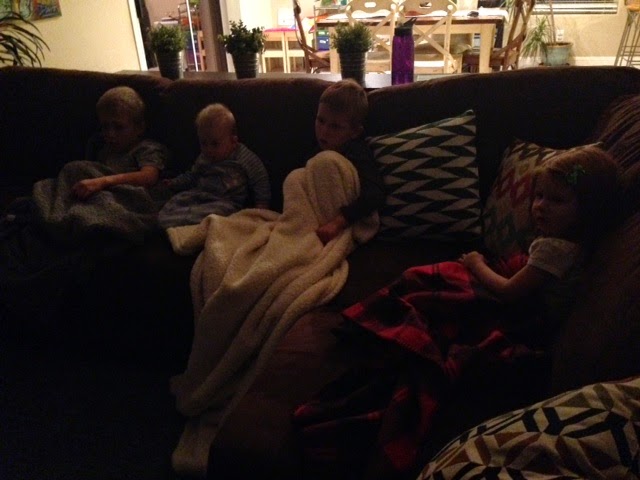 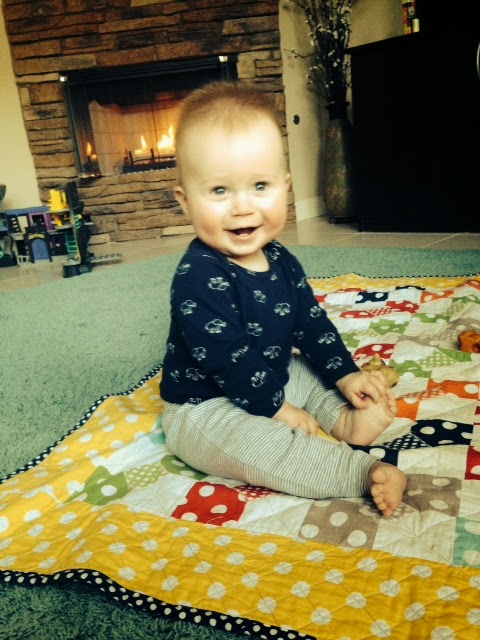 This face on New Year's Day 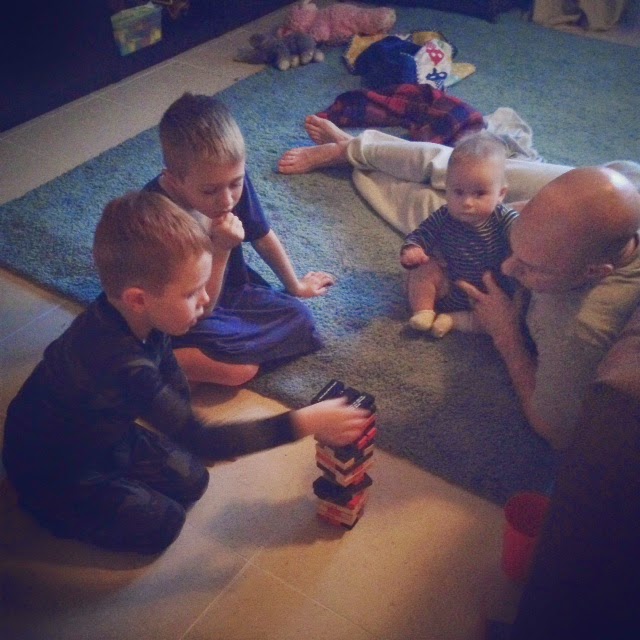 Tod found the R-rated Jenga set my dad once purchased by accident.  He pulled it out for a family night and we started playing...until it started telling us to remove articles of clothing or whisper secrets in each other's ears.
Not sure how we ended up with it but the boys were puzzled.
Lennon: "Why is it asking what my 'bedtime routine involves'? 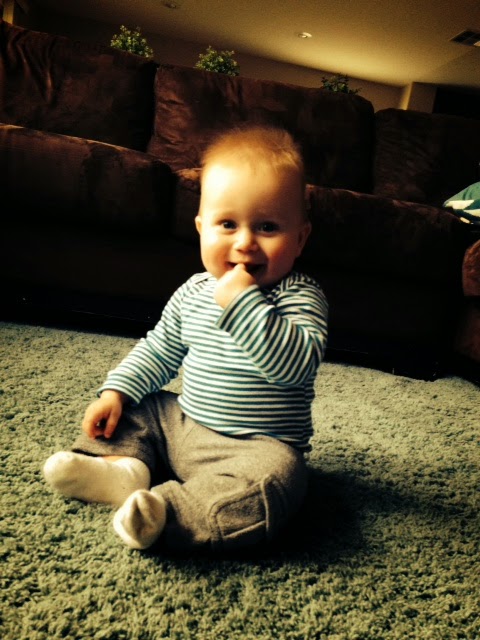 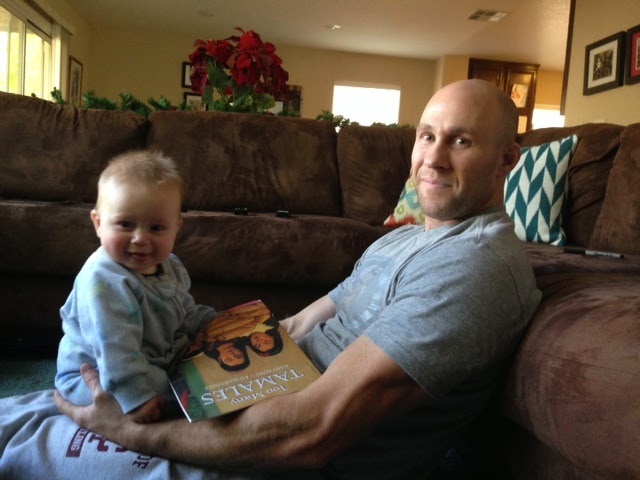 Lots of lazy days over the break. This little guy turned seven months old and out of the blue started rolling all over the place and sitting up on his own like a champ.  He's starting to say BA BA BA BA and spit in anyone's face who comes close.
For the first time I can honestly say I'd love to freeze time.  To keep my kids exactly at the age where they are.  I love having a seven year old who can reason and discuss and help.  A five year old who is starting to read, who likes to make jokes but still snuggles.  A two year old who yells at everyone all day long but also cups your face in her hands and stares into your eyes saying, "You're the best mom in all my whole life." And a seven month old who giggles and rolls and lights up if you give him a smile.  Suddenly I feel like it's all going to slip away so quickly.  There was a time when I thought this phase would never pass and now I see it going.
Four kids is fun.  Except when it's not.
﻿
Posted by MediocreMama at 9:46 AM