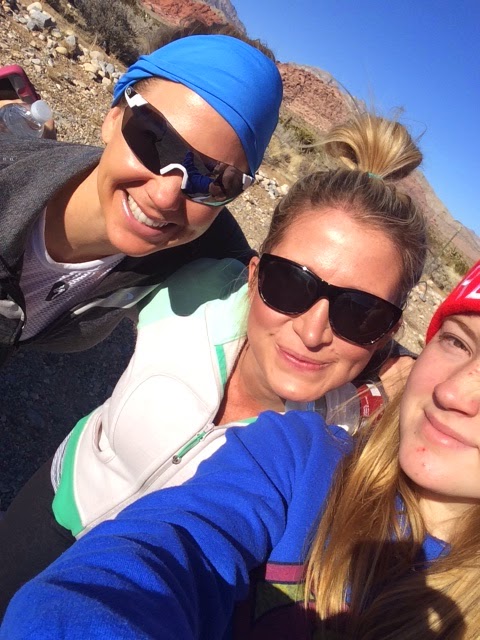 One day over the break, Tod went shooting all morning.
During that time, I broke up fights, banned the TV, resumed TV allowance, changed two blowout diapers, was yelled at by a two year old, and then oversaw chores for two hours which is harder than cleaning a house completely alone.
When Tod got home, I told him I was leaving.
I like the kind of friends who will say yes to texts like, "Hey, do you guys want to walk/jog the (13 mile) Red Rock loop today?"
These two said yes.
The picture above was taken in the parking lot before beginning.  Spirits were high, legs fresh and sun was out.  Warm even. 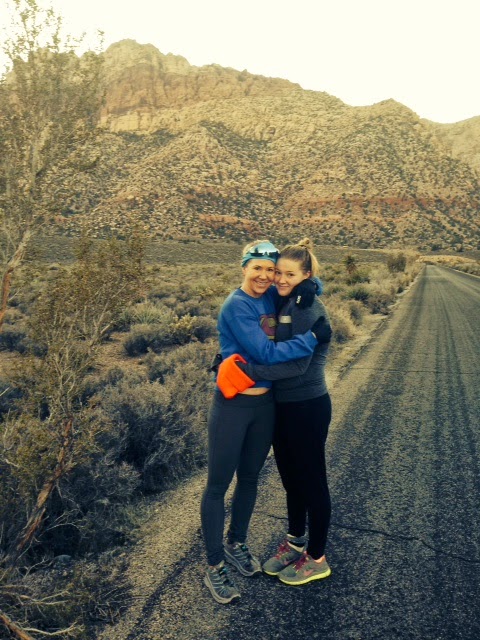 I believe this picture was taken around mile 11.  Hannah had not properly dressed for the occasion and was feeling some pain.  Tiff's spirits were up but the setting sun was making her limbs numb.  And I was hungry. Actually we were all hungry. 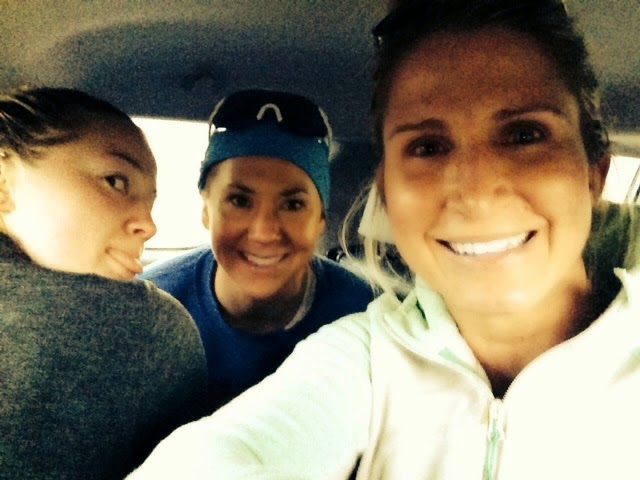 This picture was taken around mile 12 in the back of a stranger's vehicle.  They had two little kids with them and seemed pretty legit when Tiff flagged them down.  We made it to my car before the sun set with 11+ miles under our belts.  Next time we'll start earlier.
Here's to a New Year of saying YES, being outside, moving our bodies and making time for friends who feel like family.

Posted by MediocreMama at 10:02 AM

This popular online UK casino offers a very generous first deposit bonus. Players take pleasure in 100% bonus funds for deposits a lot as} €100 with wagering necessities of 40 occasions. The present welcome bonus offers new players many incentives to affix. MagicRed will double your deposit a lot as} €200, and you’ll rise up to a hundred bonus spins by making extra €20 deposits 빅카지노 on days two and three. Other terms and situations, together with wagering necessities, apply.