We like the Hammels.  They are the kind of people you can go on a five day trip with and never once need a television.  Although we did watch a documentary on Tod's computer about Charles Manson.  But otherwise...
We found a great deal on a vacation rental home in Flagstaff.  I never want to stay in a hotel again.  Way cheaper, way more space.  And a yard?  Yes.
Day one -- Grand Canyon.  It's a little uncomfortable seeing your precious children next to such a huge drop. 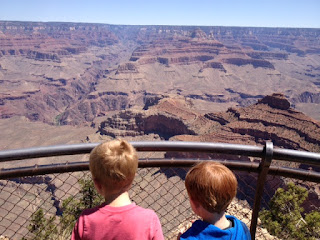 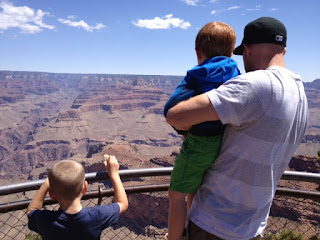 It's even worse when your husband decides to pick them up because they NEED to see over the fence.  That fence is there for a big reason. 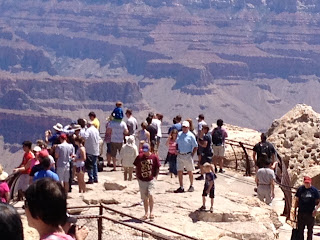 And then the worst is when you stay away because your anxiety level is heightening and you watch as he puts them ON HIS SHOULDERS while looking over the edge.  I think it was at this point I started asking strangers for a Xanax...a drink...anything. 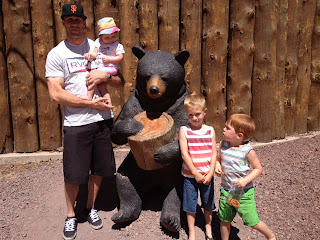 Next stop -- Bearizona. This is a zoo where you drive through and observe animals from the car.  Which I prefer. 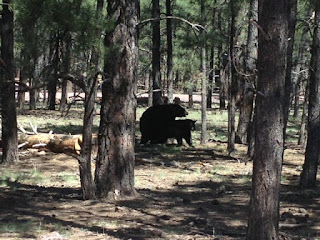 I also prefer when animals mate in front of my innocent children instead of other activities like eating or sleeping. 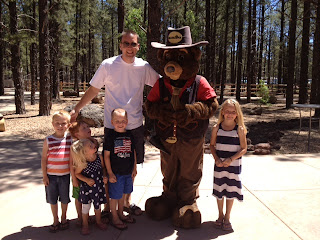 Jeff and the kids.  And maybe Mr. Bearizona himself. 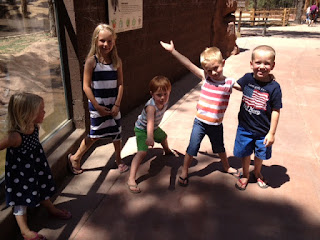 Guess which two are mine. 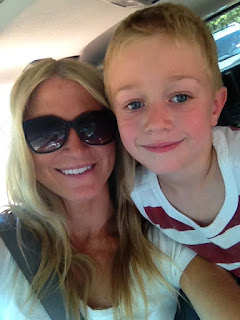 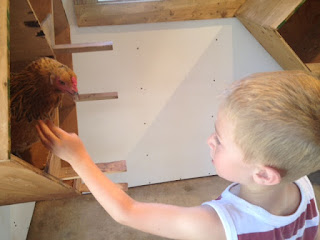 The petting zoo portion -- I was adamantly against this but let my kids participate.  Sick. 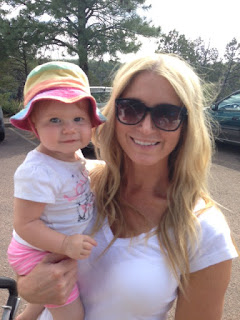 Is anyone else dying over this hat?  I just want to eat her up. 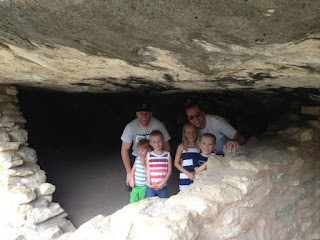 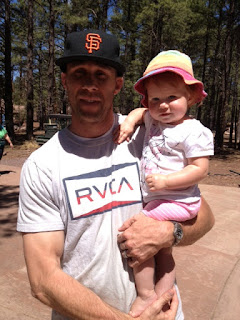 Maybe the cutest picture I've ever seen of these two. 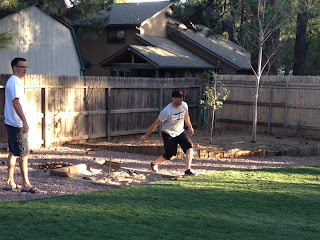 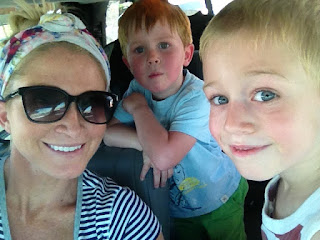 We spent a day visiting a huge crater where a meteor hit. 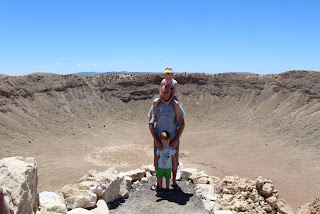 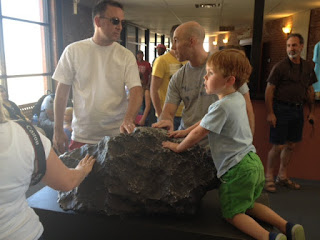 Tod was in heaven.  He loves stuff like this.  He didn't stop talking about this crater fragment for days. 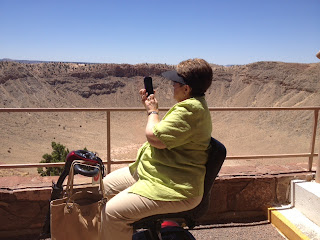 I was excited as I sat down in the shade to enjoy the view.  Then she showed up.  I'm glad she got some good pictures. 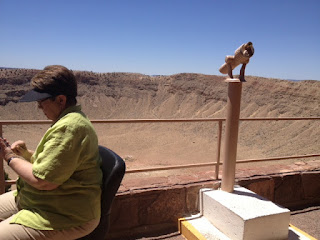 I adjusted myself to get a better picture...this is what I managed. 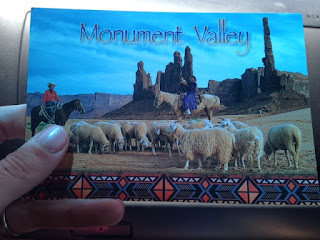 Larry's postcard purchase because it reminded him of me. 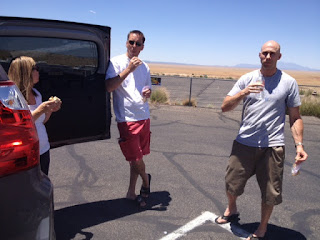 Tailgating in intense heat outside the crater 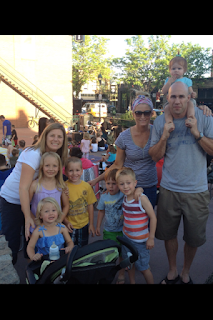 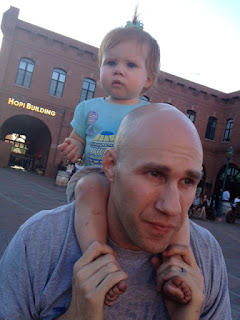 Downtown Flagstaff...such a cute town.  And look at those filthy legs and feet. 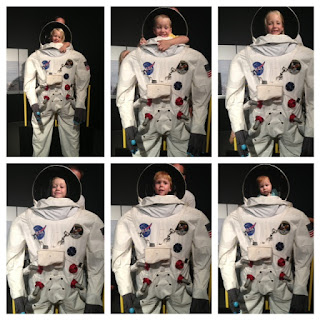 Final stop was an observatory.  Natalie planned the trip (great job, by the way) and was adamant that we look through a telescope.  Which is fine until you see a line and wait in it for almost an hour. No one else in line had kids.  They seemed super amused by the screaming and running around.  Or when Larry tripped and fell and the entire crowd gasped.
However, when our turn came and we actually saw Saturn, it incredible.  Sometimes it's hard to believe all those planets actually exist.
Well played Nat.  Well played.

Thanks Hammels.  Until next time.

[Next post - how to look super hot post-sinus surgery.]
Posted by MediocreMama at 9:34 PM

I absolutely LOVE how Lennon and Larry pose so nicely for photos. I wonder where they learned that?

How fun! I still can't believe you guys were so close and we didn't get to see you.... Mexico.
And I can't believe Ruby is big enough to sit on Tod's shoulders!!

Kris, I know. What a bummer it didn't work out. And yes...she's a lot bigger than she was in Mexico. She was tiny last summer!