The first thing I want to say is that we never planned to name all our kids with L names.  It just happened.  If Lux had been a boy, she would've been Marcus.  Non-L name.  No theme. 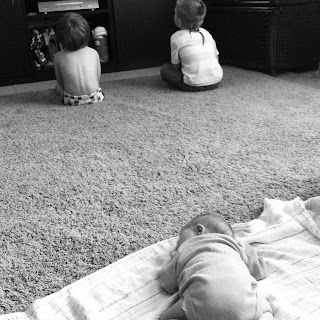 In fact, we decided on Lux's name eight years ago. We were living in Dallas and I was reading what became one of my favorite books. Lux was the main character. I mentioned the name to Tod and he announced his first daughter would be Lux.  We looked it up.  Lux is Latin for light. 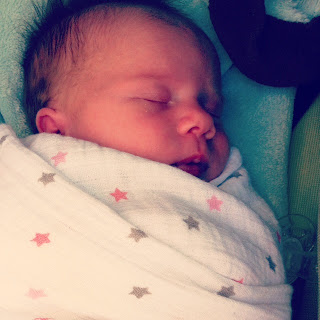 When I found out I was pregnant with her I assumed she was a boy.  However, my due date was the same as Alana's birthday so a part of me thought maybe it was a sign.  That was when I decided if it was a girl, she'd be Lux Alana.  Too perfect. 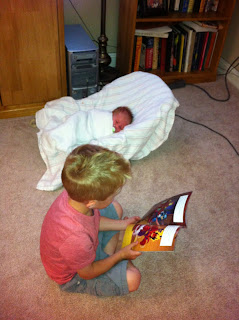 Two weeks before she came we were at Babies R Us.  Tod asked if we should get a new carseat?  I declined and said the old one was perfectly fine.  Who cares.  Babies don't know the difference.  We can scrub it out.  It works.

However, it all changed when she arrived. The first time we placed her in that dingy carseat I was appalled.  She needed a new seat now.  Yesterday.  I wasn't taking her one more place in this old thing.  She needed her own.  Brand new. 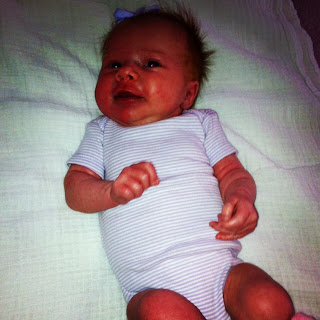 She has her new carseat and I feel better. 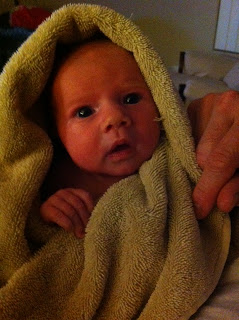 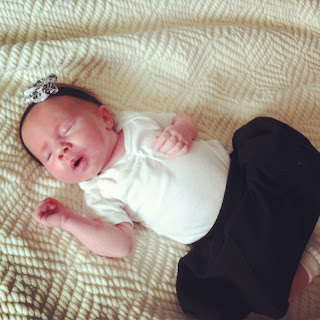 Today I turn 31. I feel like I already had my birthday because she is here.  She has brought us light.
Posted by MediocreMama at 1:08 AM

Happy Birthday Holly! How beautiful....so glad you finally have your girl! Luv you!

She is so beautiful. Happy birthday, Holly. I'm so glad that Lux is already here to celebrate with you :)

Happy Birthday! She is darling. Can't wait to meet her at your shower...you're bring her, right?!?!

Hope you are indeed having a wonderful Birthday. I love that Lux means light, and of course... I love her middle name! Happy Happy Birthday!!!

Such a beautiful post. I will take healthy of course, but I am secretly hoping for another girl for number 4 (5) in October, girls rule! Happy birthday mama!

I forgot to mention, Lux is so beautiful and adorable and cute and I could just eat her up.

Thank you everyone! Carey, CONGRATULATIONS! Thrilled for you.

What a gorgeous baby! Congratulations!