Our baby is here.
And her name is not America Madison Wever, even if Tod texts you that it is.  Sorry Emily.
Lux Alana Wever was born April 6th at 11:56 am.  She weighed 7 lb. 13 oz. and measured 20 inches long.  Here's what happened.﻿ 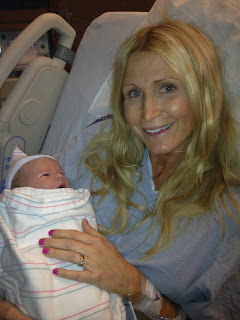 On Thursday afternoon my doctor began my labor via balloon (I'll tell you more if you're interested) and I immediately started having contractions.  Went to the store, ate a good dinner, picked Kristi up from the airport.  On the way home the contractions became hard and closer together.  My mom started telling me to get to the hospital but I really didn't think it was necessary.  Kept blow drying my hair, packing my bag...contractions continued...kept watching TV, cleaning the kitchen...finally it became almost unbearable so we headed to the hospital around 11 pm.  Doctor was there and announced I was dilated to a 5 and that, "this baby will probably be here in a couple hours!"
I was elated. 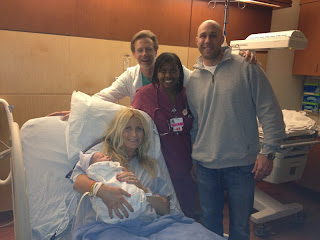 IV and epidural came next and pretty soon I was comfortably watching Gone With the Wind and feeling pretty good.  Baby should be here any minute.  Six hours later I was still at a 5.  I knew what that meant.  Baby was face up just like Larry had been.  Which means a longer labor.
8 am, still at a 5.
10 am, maybe a 6.
Around 10:30 am I felt pressure right under my ribs.  I told my mom, "This baby is flipping over!"  I couldn't explain why else my stomach was suddenly distorted and I felt a physical shift around 11 am when I asked the nurse to check me again.  She did and announced the baby had flipped over and I was at a 10 +1.  I didn't even know that existed.  That's when she told me to stay put and NOT push...Dr. was on his way.
Not push? 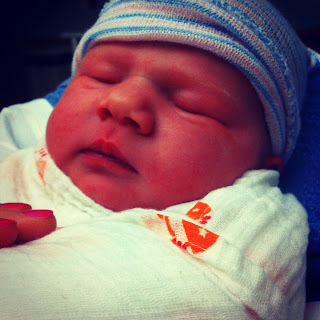 Doctor came five minutes later and Lux was born two and a half pushes later.  It was so peaceful.  No rushing, no yelling, no panic, nothing.  Just a few people huddled together talking quietly as she came into the world.  He held her up and I saw the baby was a girl.  I almost died.  The doctor laid her on my belly and I just stared.  She was so quiet and calm.  Everyone teared up because seriously....A GIRL?!!!!!  What does one do with a baby GIRL???? 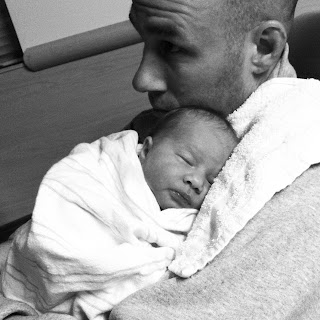 And so now she's here.  She is already wearing a bow in her hair (pictures later) and a nightgown to bed. 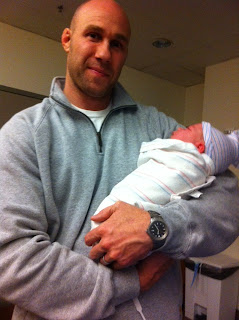 Her brothers love her and kiss her head maybe 50 times a day. 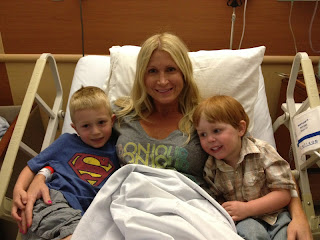 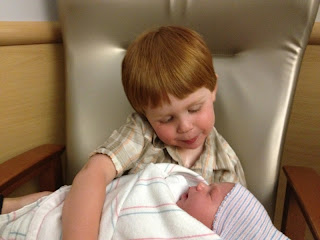 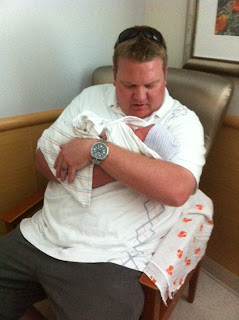 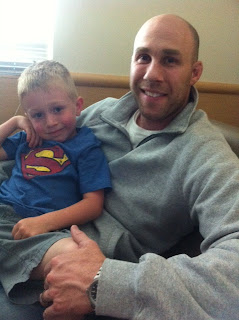 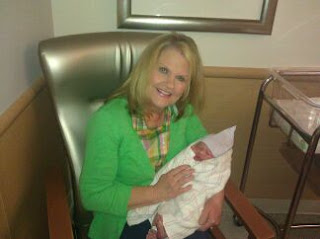 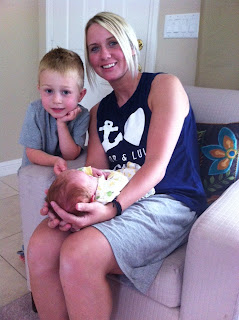 More on this later.  Someone is crying for some dinner.
Posted by MediocreMama at 4:50 PM

Email ThisBlogThis!Share to TwitterShare to FacebookShare to Pinterest
Labels: I'm having a baby this week, Lux Alana Wever

First, I saw the title to your post right before class, then I couldn't check the blog during class, on the way home to pick up the kids, etc. So for 4 hours, I thought you named your baby America. I was worried. Luckily, you came through with an adorable name!

Second, yes, I do want to hear more about this balloon!

Third, I think your doctor is Clay Aikan's dad.

Fourth, I LOVE Gone With the Wind!

Fifth, how'd Tod do? Was he banished again?

Sixth, I love her already and can't wait to see/hear more!!!!

congratulations!
i am so pleased for you and wish you all well.
i have two girls and a boy and i know how great it was to get that boy :)
best wishes to you,
and, keep us posted ... when you have time :)

you know i know you had a girl. i was just saying, other way round ... lol

Kristin, sorry for the America scare.

My doctor can be anyone's dad he wants...he is the best.

I just finished reading Gone with the Wind and loved the book. Movie was good too.

Tod receives an A++ in all categories. He was perfect.

I totally got punked! I didn't want to call Tod's bluff because come on...is that really polite. Plus you guys do have that weird thing for Neil Diamond. I thought you wanted people to sing "we're comm'n to America!" on the way to visit you guys.

I love you guys and I love even more that my niece is not named Americus or America. phew