Thanks to Sissy and how she always wins stuff on the radio, we saw an Aussie Floyd show last weekend.  My dad saw them in concert the last four years of his life; Tod jokes that if he'd had it his way his funeral would've been Pink Floyd and lasers.  Seriously. 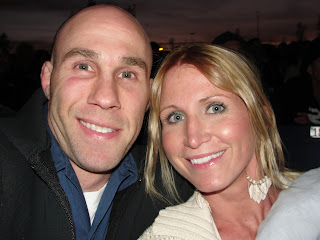 I've wanted to go for years and they didn't disappoint.  Neither did the crowd.  I have never been to a concert with trashier fans.  We had a gem right in front of us...an Aussie Floyd Super Fan. 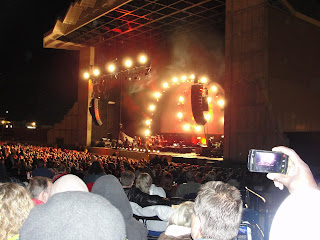 Super Fan = Only person standing, screaming every word while shaking their head back and forth, eyes closed, air guitar/keyboard/drum solos from their seat, and (in her case) shouting lyrics into her boyfriend's ears.  He was not into it. 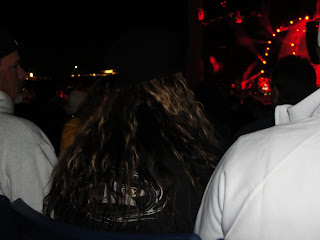 Here is her hair and jacket.  Tod said the jacket was for a snowmobiling company and wants me to add she was wearing a beret.
And here are her skills.
Posted by MediocreMama at 7:47 PM

Those are some marketable skills. Seriously.