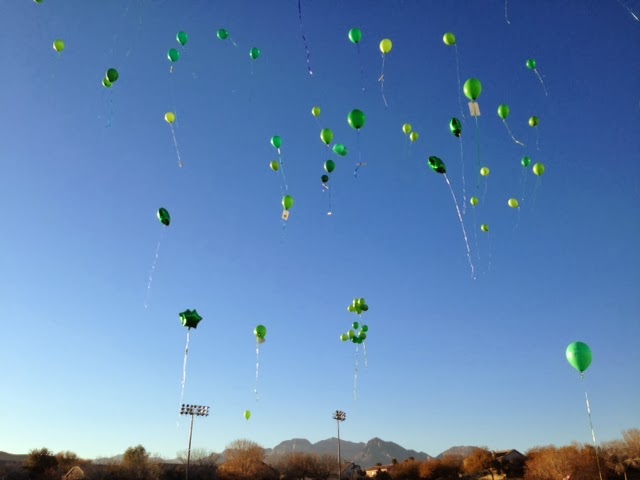 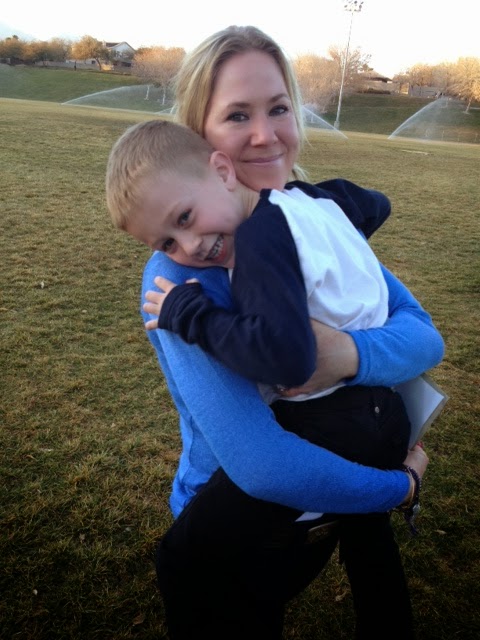 This month marked a year since we all lost Sully.  Beautiful balloon launch for him after school. 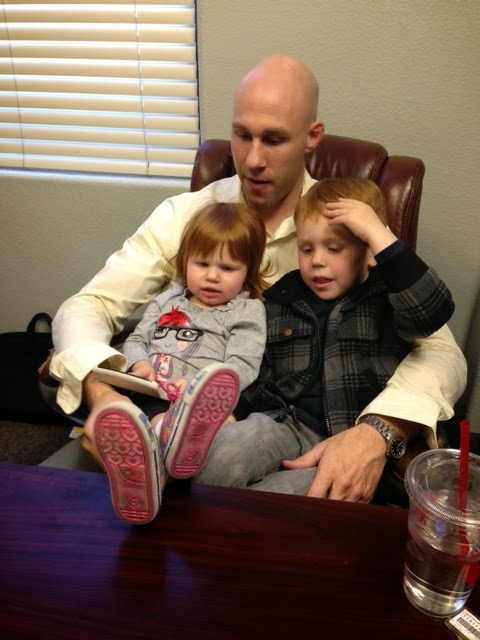 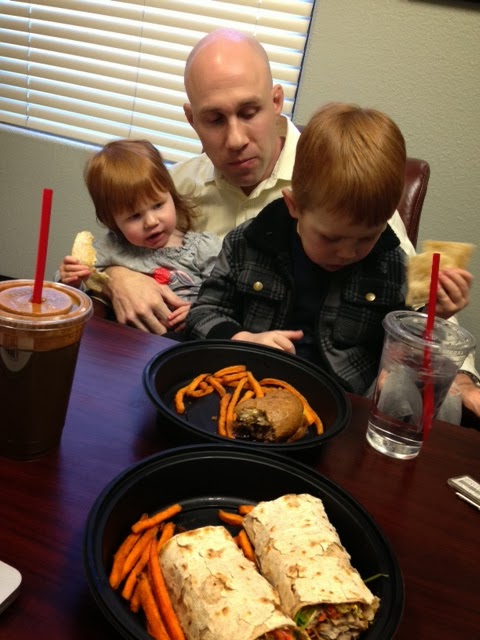 Tod moved his office over Christmas.  He's now five minutes away instead of 30.  That means lunch at his office whenever mom wants a little break and some fries. 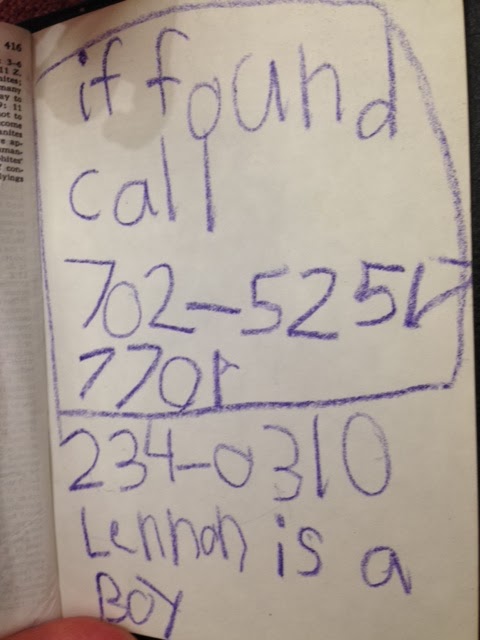 I found this in Lennon's scriptures and laughed pretty hard.  Lennon is a boy. 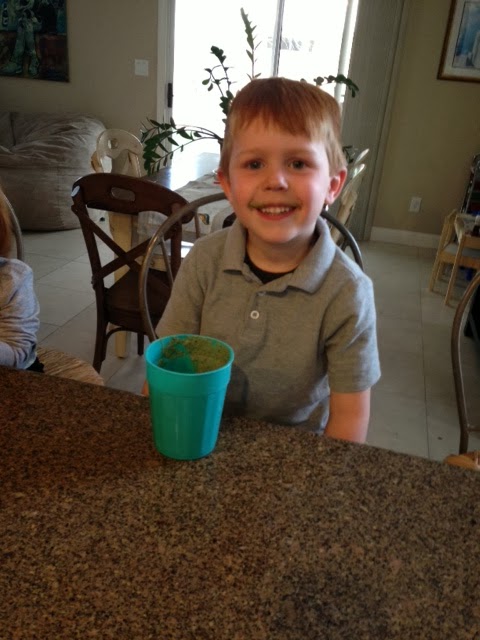 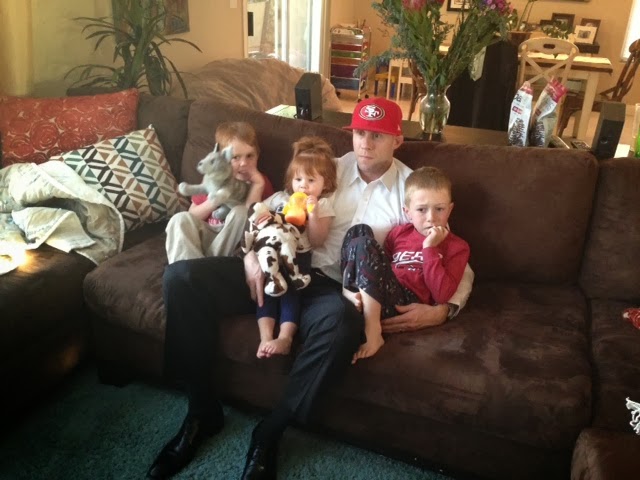 Our family cheered for the 49ers all season just to lose to the Seahawks in the semifinals.  Larry cried and swore he wouldn't watch the Superbowl.  It was pretty heartbreaking. 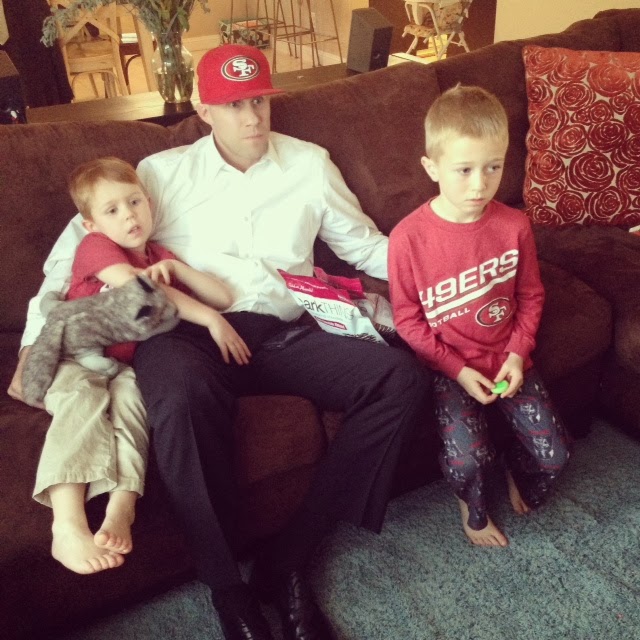 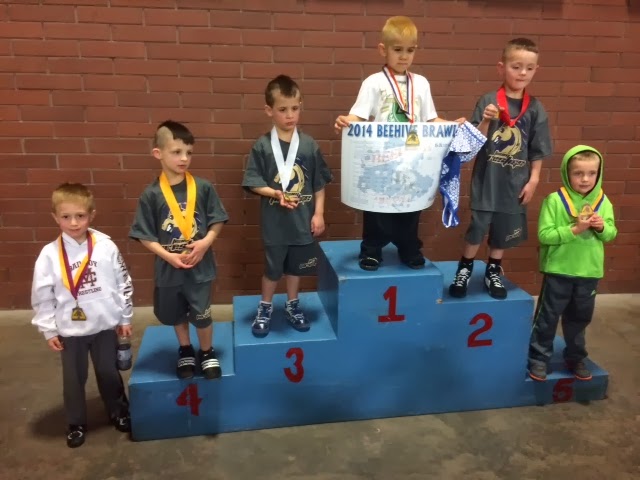 Wrestling...it's all my boys do in the winter.  Lennon took 6th at a national tournament in Utah last weekend.  Which is a big deal considering last year he didn't win one match at that same tournament and went home without even a win.  He has so much heart and determination. 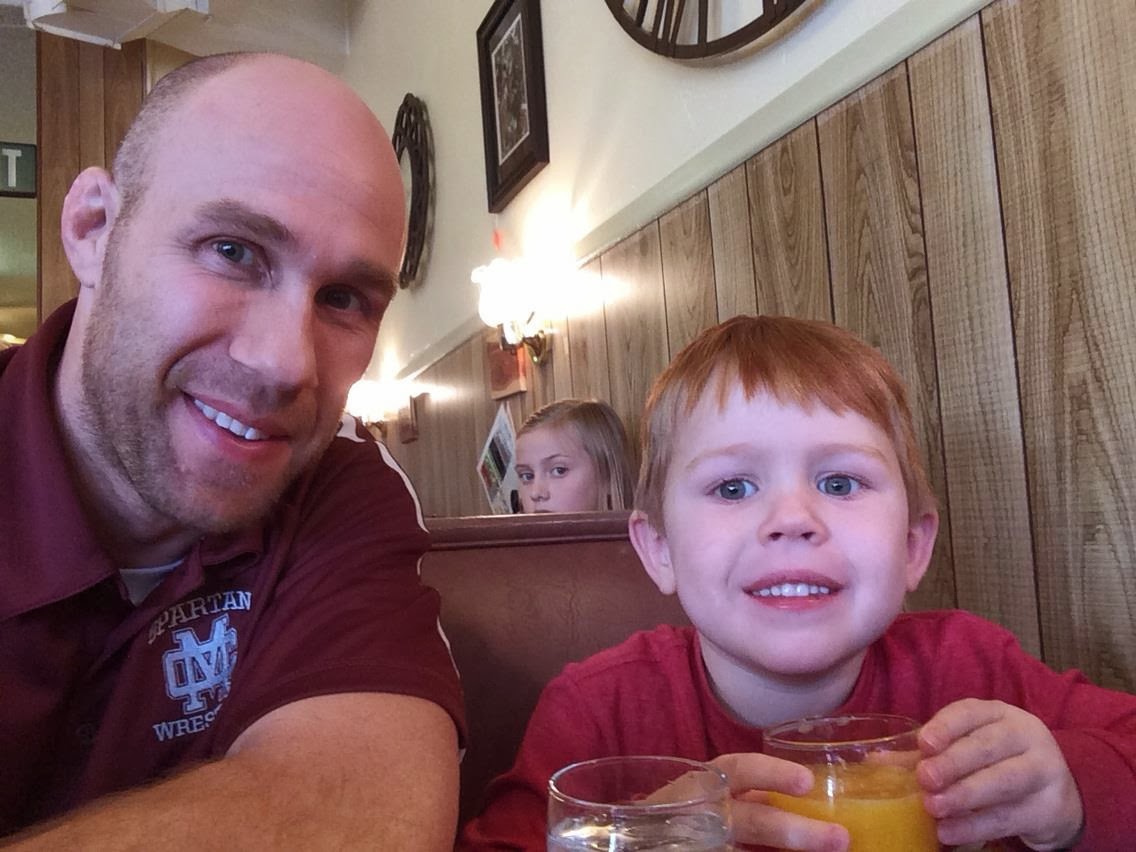 Dad and Larry after tournament 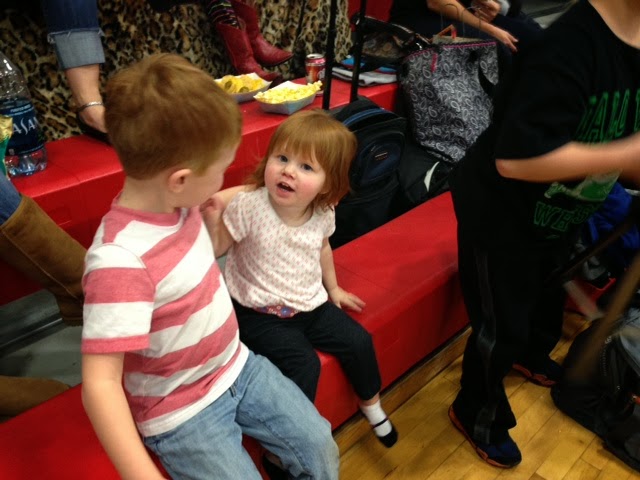 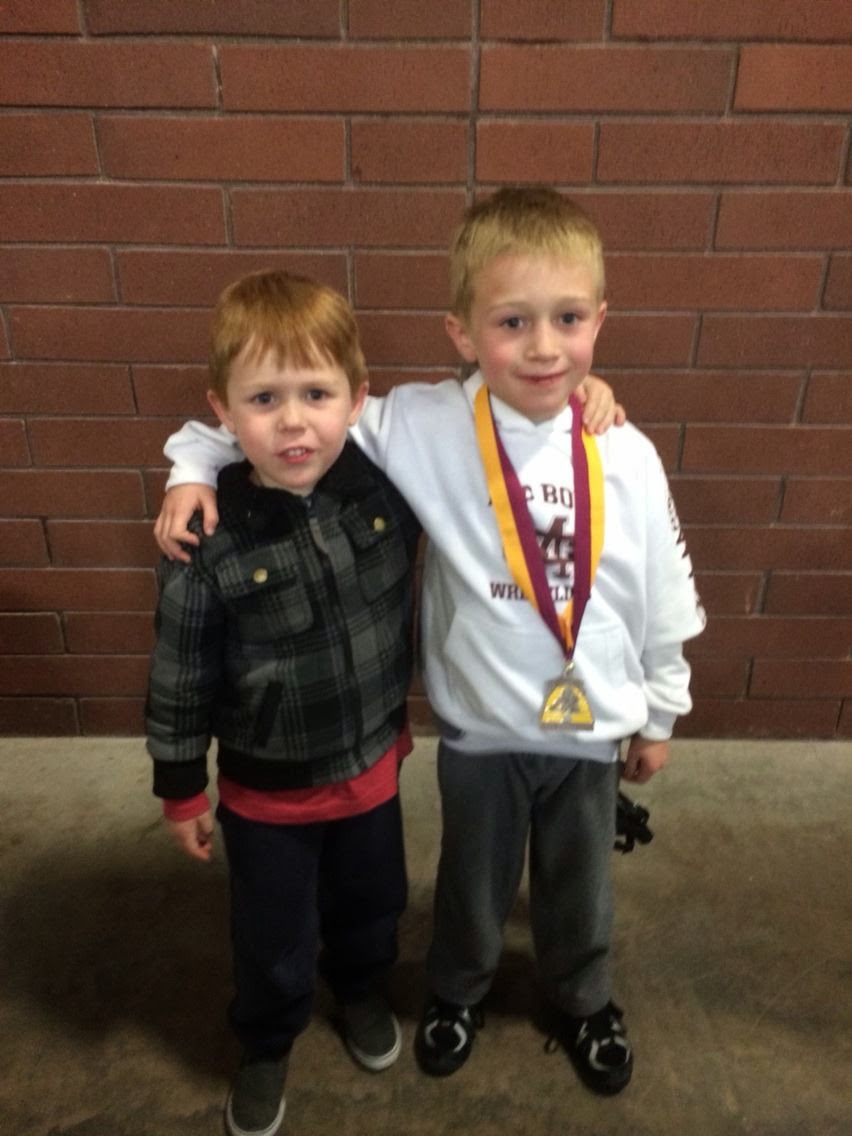 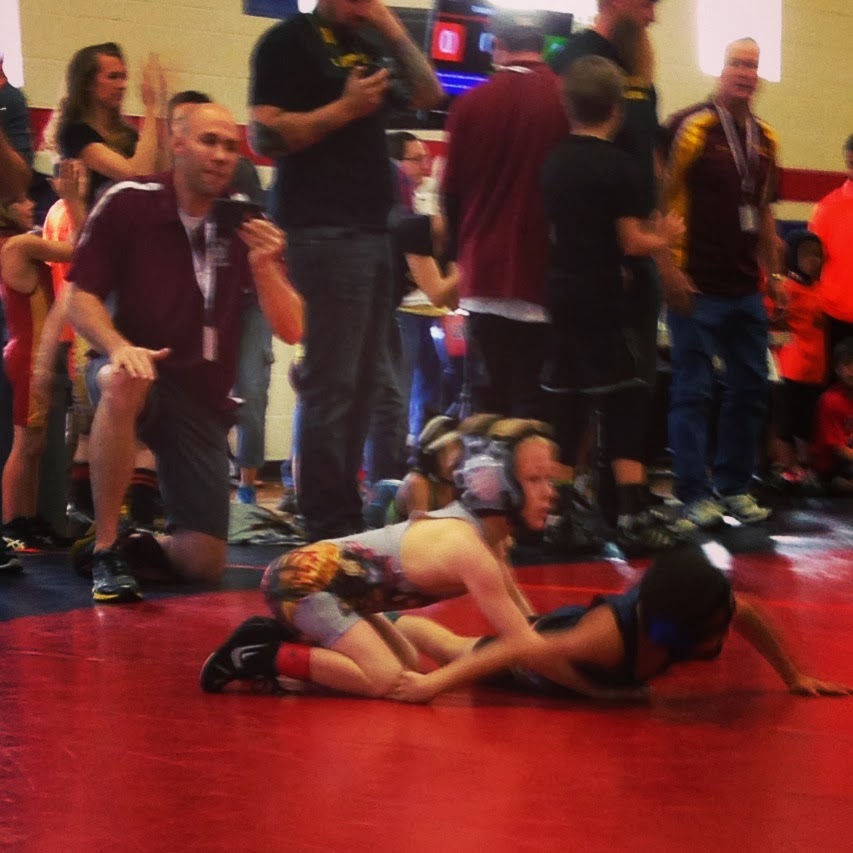 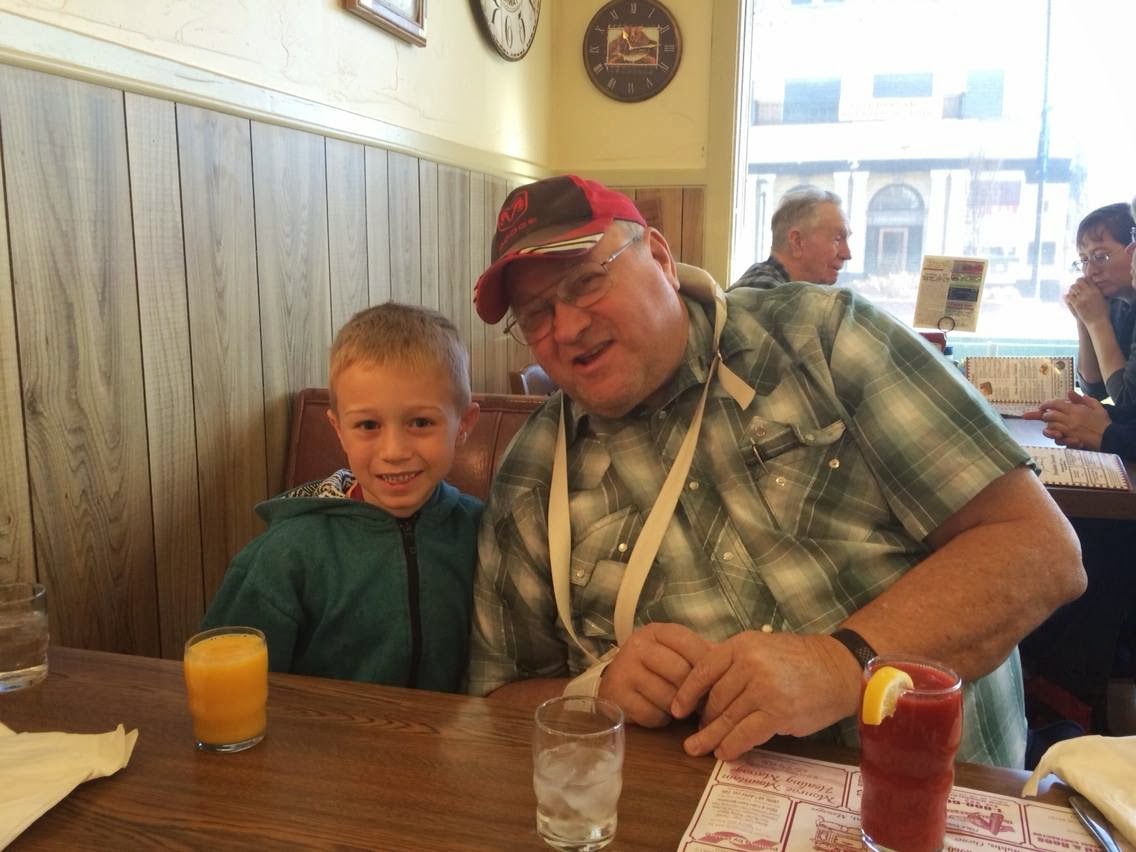 Grandma and Grandpa spent a week with us.  Grandpa got to see the tournament despite a broken arm and Grandma got to spend alone time with Ruby.  Everybody won. 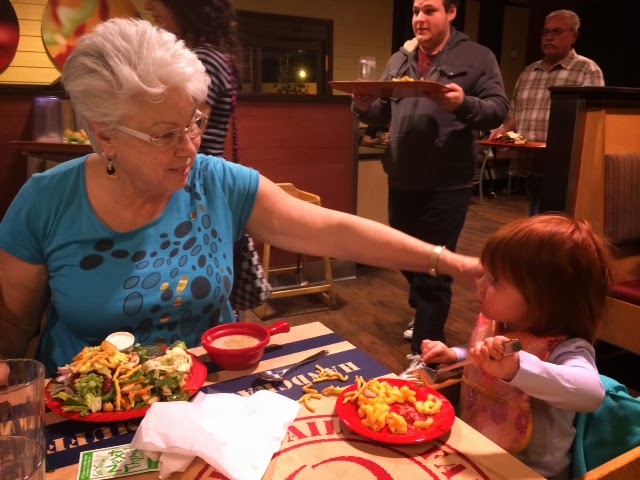 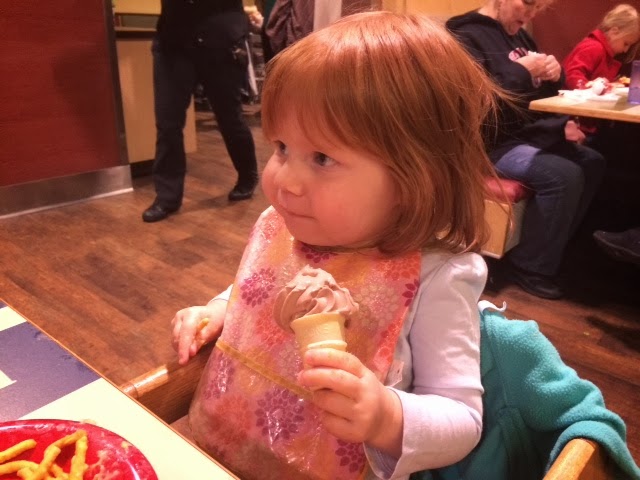 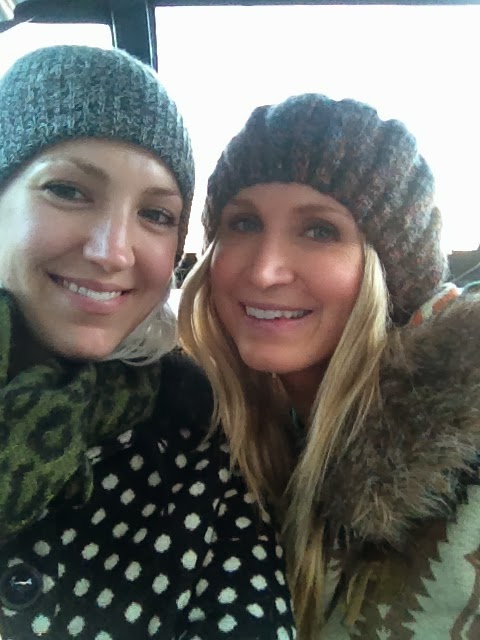 Meanwhile I headed north to surprise Megan for her birthday.  Post on this trip later.  It was cold but so beautiful.  There was not ONE OTHER PERSON FROM VEGAS on my flight to or from Canada.  There's a good reason for this.
And ps, if anyone ever needs to renew their passport in less than 36 hours, give me a call.  It was a miracle I even made the trip.  I almost posted a picture of the new passport but then pictured some creep stealing my identity and thought better of it.
Street smarts.

Posted by MediocreMama at 7:19 PM

Lennon is a boy. And I love, love, love that he wrestles!!
And you my friend, are gorgeous!