Friday night we saw Prince in concert for my birthday. Of course they didn't allow us to take pictures of the man (he barely allowed light to touch his face) but I was star struck.  Couldn't stop staring.  Couldn't believe he was right there...in his snake skin pants and black leather cape coat which eventually disappeared (like Prince magic) into a tight, leather black vest.  Naturally.
Because there are two types of people in this world -- those who love Prince and those who love Prince secretly.
And then there's Prince...who only loves Prince. 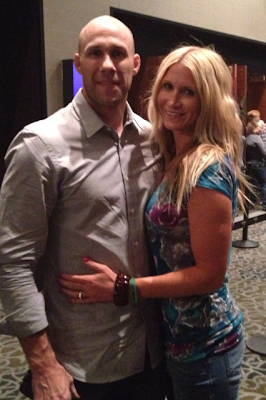 Although...our babysitter had never heard of him.  So four types of people.
Are we old?
Last week commemorated one month (on the 25th) of no yelling at my kids.  While this makes me happy inside and I feel like a very even tempered parent on paper, I now use a very scary whisper.  A whisper that is accompanied by a mean, mad face that could make a grown man cry.  I'm starting to wonder which is more emotionally scarring.
Saturday morning I had a long run so Tod took all three kids with him to a charity 5K.  Everyone made it back alive.  Although when I met them for breakfast afterwards, Larry was barely hanging on.  Burning up with fever...the poor boy overheated.  He wouldn't even eat pancakes and that was when I knew it was serious.
Not pictured: Ruby eating Larry's pancakes then running syrup fingers through her hair.  They were like, Get this homeless family out of our restaurant...they're scaring away customers.
We laid low the rest of the weekend.  Tod spent most of Saturday night and Sunday morning watching documentaries on Pompeii and Greece from Netflix.  He's good at watching movies that put me to sleep really, really fast.
Sunday morning after breakfast:
Tod: Did you know that people were frozen in time when ash covered Pompeii?
Me: Really.
Tod: Yeah!  And listen to this!  When Greece caught word that Persia was about to attack, their leader helped the entire city flee to an island just off the coast of ---
Me: Ooooooh...I just realized I am not listening at all.  Sorry.  This doesn't interest me.
Tod: ...so they fled to this island and watched the Persians SET THEIR STUFF ON FIRE! And that's when they sent a message ---
Me: Hmmmm...like I said....still not listening...
However, I was listening when Tod informed me my kitchen smells like cat pee.  We don't own cats.
Me: Well, I just made homemade bleach.  I clean the kitchen with it...maybe that's why?
Tod: Let me smell it (smells it)...ahhhhh!  SICK!  That is so gross!!!  What is IN THAT?
Me: Lemon juice and hydrogen peroxide.  It's safe for kids...
Tod: [gagging, tongue out...]
Why do I even try.
Posted by MediocreMama at 3:22 PM

You seriously look like that after a long run? Uhg.

Kristin, you've now done two Ragnars with me. I am glamorous 24/7/365. You are good at graduating from law school. I...just always look good.

It's too bad you can't see the dried up salt all over my face. Now THAT would be a picture.

Pompeii was one of the places I was so stoked about seeing on my cruise but that day the weather was so bad, our ship couldn't dock and I didn't get to go!

Katy, that's a really sad story. Except that you were on my dream vacation. Sorry about Pompeii.

Just found your blog from some random post that mentioned you on Facebook. Creepy? Probably but that's Facebook for you. At any rate, I am very glad I found you. You are funny. And funny is how I roll.