Did you know there's a NEW Children's Museum downtown?

And not downtown where it used to be where you had to climb over homeless men just to get to the ticket desk.

Downtown like next to the Smith Center and the Symphony Garden.  It's really cool.

I braved it today with three kids and a friend and we made it out alive.  Sometimes having three kids feels fine and then other times I don't know where any of them are. 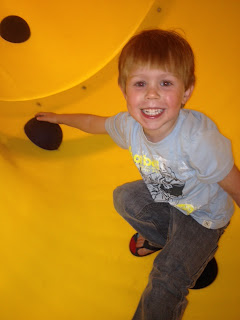 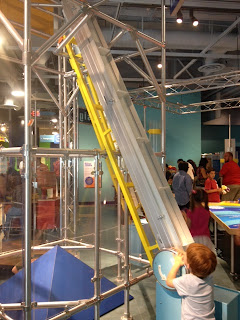 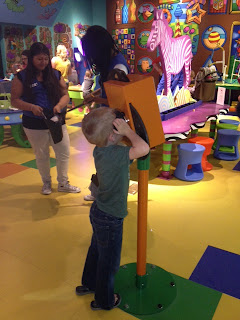 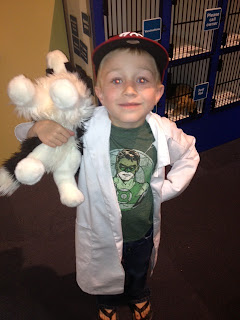 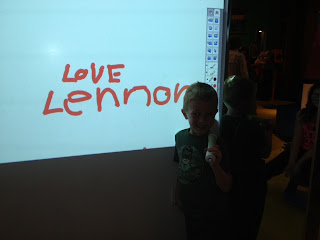 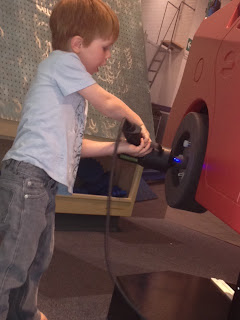 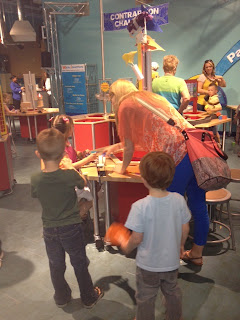 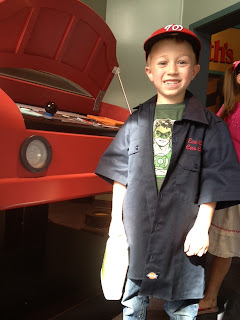 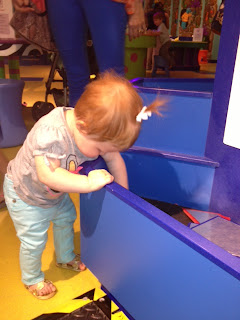 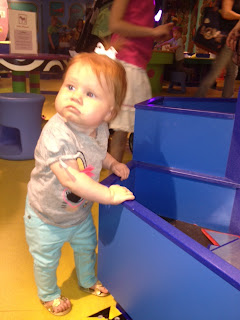 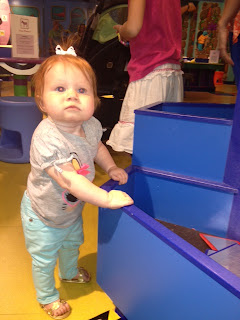 However, in other news: I think our turtle is in depression.  Maybe because he lives in a crap box and maybe because we forget to feed him.  He just looks bummed out.  Plus we put him in the garage because Ruby kept trying to eat him.

Also, it's important to know that this is what she wore to church on Sunday: 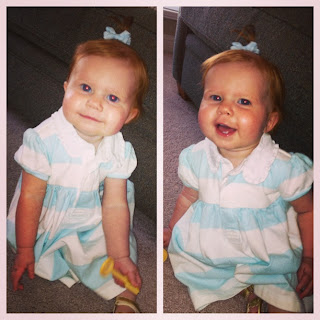 And she's turning one in 10 days.  She looks like a six month old but has the sass of a 12 year old.  The dance moves of a 15 year old.  And she is getting cocky on her feet.  Doesn't think she needs to hold onto anything.  Her gold sandals finally fit her (they're for a 3 month old) and so do all her 9 month old clothes.

And last but not least: I've taken the no yelling at my kids for a year/forever challenge.  Mostly because I firmly believe nothing is accomplished when you yell at a child.  I truly try to avoid yelling but it happens.  But like she says -- it's rarely about them, it's about me.  No more.  Today is day one.  And while things got a little shaky around bedtime when Lennon cried and cried and cried because my story wasn't long enough...no yelling.  Even at the museum when Larry ran away from me for the millionth time...no yelling.  No yelling when Larry took Lennon's light saber on the trampoline and no yelling when Lennon took Larry's seat in the car but acted like he didn't know it was Larry's favorite seat.  Nope.  Just deep breaths, whispers and a few prayers ("Dear God...please help me.").

It's called Celexa...and it works.

What is celexa? Anyway, you are a super great mom! I love the photos and blog that you share with the rest of us. The kids look like they loved the museum. Give them each big hugs from us. Wish we could be there for Lux's first birthday.