we had new year's plans

For the last, oh, every single year, we've pretty much stayed home on New Year's.  I enjoy this because by nature I'm sort of a boring person.  Scrabble, some caramel popcorn, and I feel like I partied.  Hard. 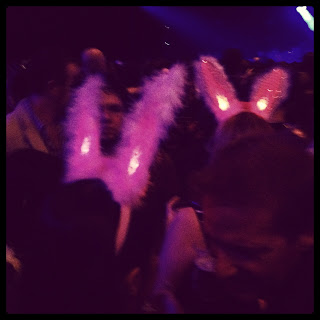 This year our friends Mark and Bonnie surprised us with tickets to see the Red Hot Chili Peppers on New Year's Eve. On the strip.  We made arrangements (shout out to the Greens!) and went. 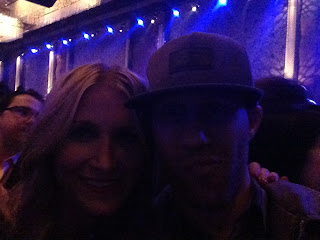 By far the best part of the night was seeing our friends.  They live far far away in an arctic tundra called Rexburg, Idaho so we rarely see them.  The next best part of the night was seeing a band I grew up with.......as old, old men now.  Flea has definitely seen better days.  Made me feel old.  Want to know what else made me feel old?  The dirty looks I gave people who were bumping into us, sliding past us, stepping on us, spilling beer on us...we were at a CONCERT and I felt like a 90 year old woman who was sick of these darn kids!  Lame. 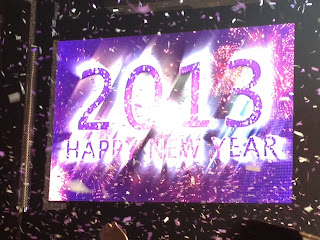 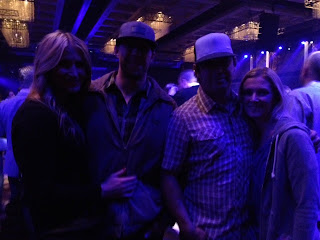 And the other best part of the night was watching a tiny, drunk Dennis Quaid dancing with some 20-something blonde all night.  Oh and when we walked by Erin Andews and Tod was like, "Hey, I know her!" like they used to date or something.
Try again Tod. 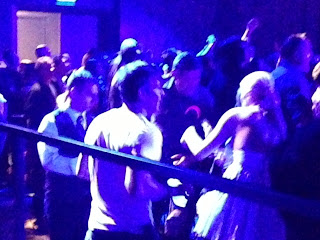 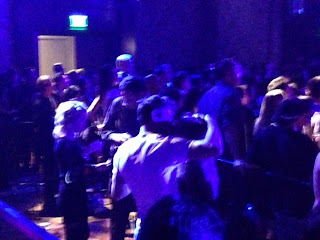 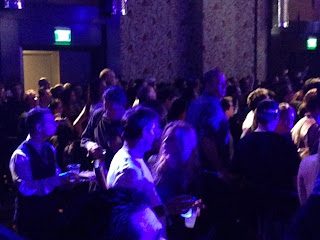 Note to self: Plan on a two hour drive the next time you spend New Year's on the strip.  We should've just walked.

Thanks, Fransens. Until next time.
Posted by MediocreMama at 3:38 PM

He is super short. I had no idea.