on getting old and lame

Friday night after our date I took our sitter home.  She is 16 and so happy and beautiful and full of funny stories and young lingo.  Now I'm the old lady saying lingo.
Did you know that instead of saying teenagers are "seeing each other" or "dating each other" they say they're "talking to each other" which means sort of dating but not exclusively?  I had no idea.  That's because I'm getting old.  So old that while she attended a "Kick Back" (party) Saturday night, Tod and I were in our pajamas watching Dateline and eating popcorn.  So old that I wanted to tell her stories that began with, "Well, when I was a teenager" or "When I was a cheerleader" which sounded so lame in my head I made my mouth stop talking.
So old that I dropped her off and came home to this: 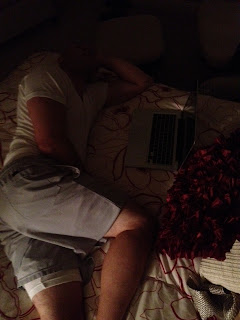 Because he's older than me. 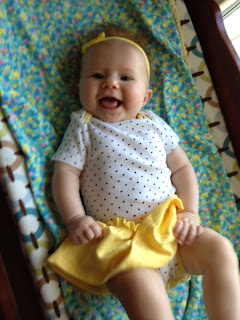 Luckily Saturday morning started off with this sunshine who relaxed 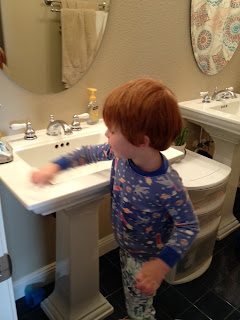 while these two slaved away. 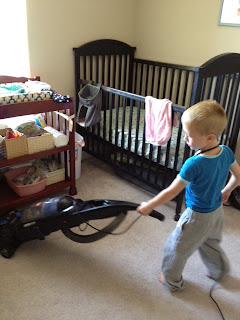 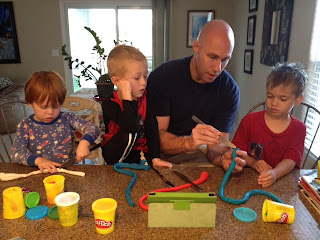 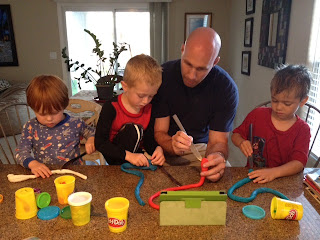 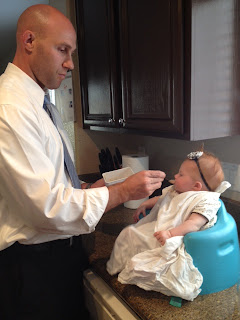 Sunday after church: I promise I'll buy some bibs this week.  Tod kept calling her a Greek ghost. 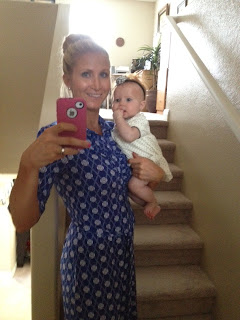 Sunday after church: Mom exists.  In the seemingly only dress she owns. 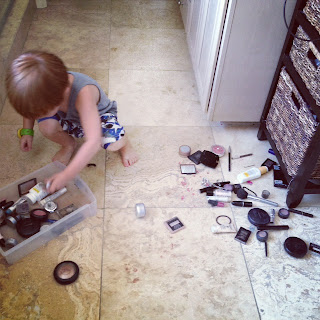 While everyoneintheworld posted back to school pictures this morning, I was handling this (above).  My kids aren't back to (pre)school until September 10th so this was my morning until 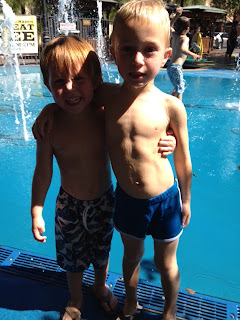 I decided to take the kids to Town Square to cool off. And I started wondering why I was so anxious to send them away.  Why am I so ready for them to be gone for half/all the day?  What's so hard about THIS?  I don't know why it's hard but it is.  These boys played play-doh, built towers, ran through sprinklers, watched a movie and took a bath today.  Why am I wishing any of that away? 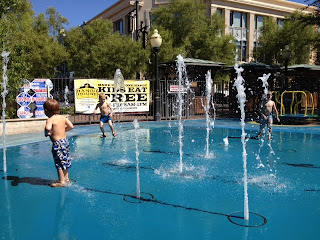 I need to take the same advice I gave our sitter:

Stop and enjoy this time.  It will be gone before you know it.
Posted by MediocreMama at 7:33 PM

Dateline night is the highlight of our week.

How do I make my kids clean?

Seriously....little dude with the vacuum is hilarious. Is that posed or can he really vacuum? It looks bigger and heavier than he is!

Apparently in my old age, (and child free state)I am losing the ability to judge age appropriate activities for children.

Jillian, he is really vacuuming. Whether or not this is appropriate...I'm not sure.

At least you are still young enough to stay awake for Dateline. I am so old that I fall asleep before it even starts.

Love the dress. You look amazing, as always.

Very good advice. And I second the you look hot sentiments!