you probably need one too

While many of you spent months at a time in Hawaii this summer (Erica), took million day getaways to Bermuda and Grand Turk (Megan) then others of you globe trotted via European cruises (Mom), the Wevers headed to the mountains for our summer getaway.  With these guys: 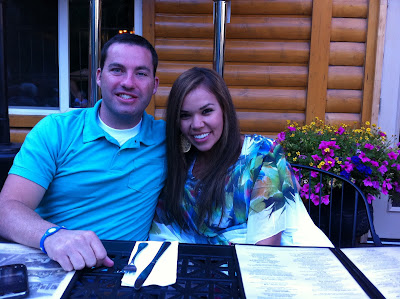 Kristin and Ryan McPhie.  Remember Kristin?  My most hardcore friend?  The one who cooks, runs marathons (fast), wins triathlons, and is in the middle of law school with two kids?  This girl is so hardcore, in fact, that she chipped a tooth eating caramel popcorn over the weekend.  She gives everything her all.  Ryan is cool, too.  We hadn't spent time with the four of us in seven years. 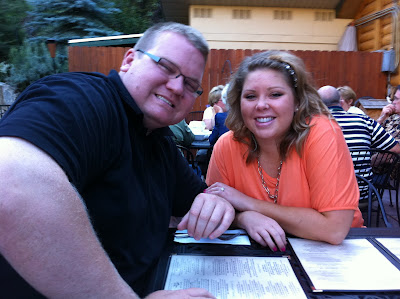 We spent the weekend eating out (pictured here at Taggarts Grill with Tommy and Shantay...probably the best food you can find in the mountains).  Most of us ordered two entrees.  That is a vacation. 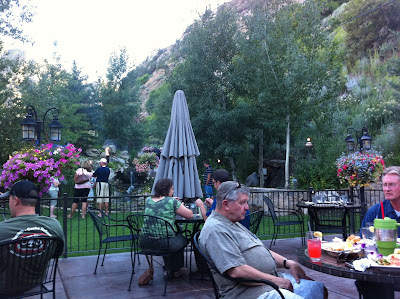 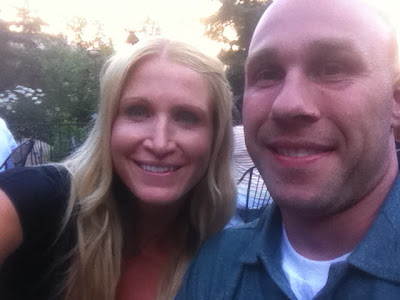 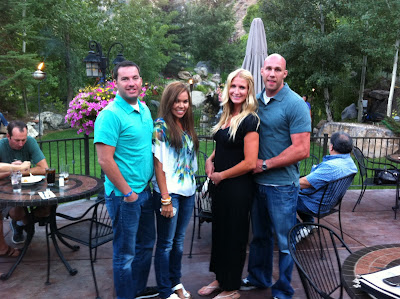 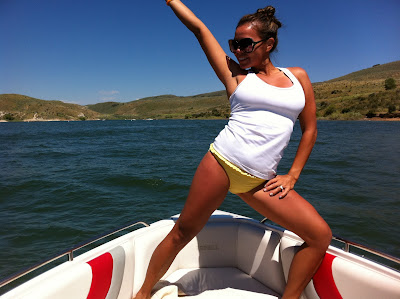 And then we spent a day wake boarding.  Well, actually those three wake boarded...I mostly let the boat drag me at the slowest speed possible then let go and slowly sank when I was ready to stop.  Because remember when this happened?  I think I'm still a little scared for my life. 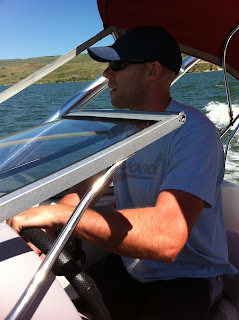 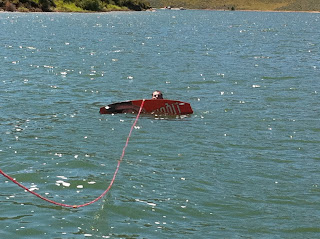 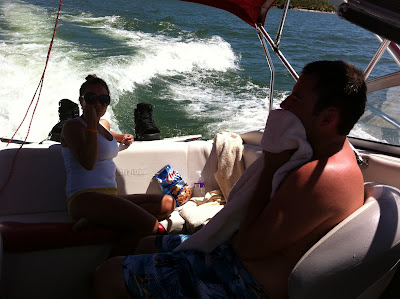 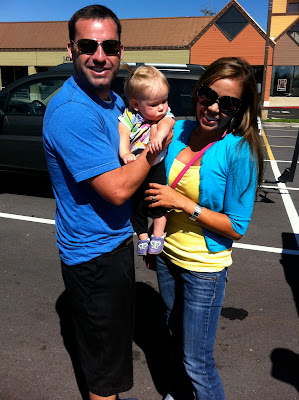 Day three was spent shopping with little Lizard, daughter of couple #3 Mark and Bonnie.  I could eat her alive. 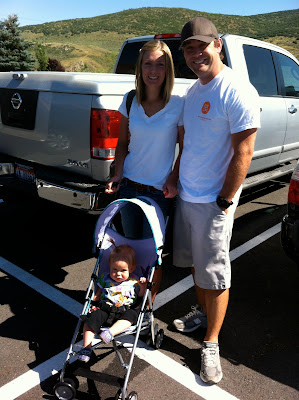 Mark and Bonnie have been Wever favorites since we were dating/engaged.  We go way back to those days of freedom and kidless dinners out.  Ahhhhhhhh. 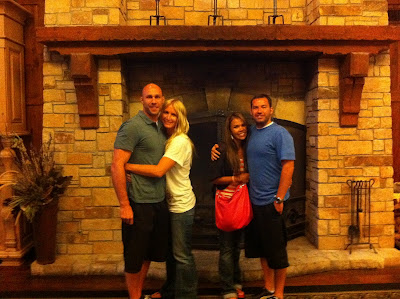 Here is a picture of us at Ruth's Chris Steakhouse.  Ever eaten there?  How about for free?  Have you ever eaten there two nights in a row for free?  Don't ask me how but we managed it.  My clothes don't fit me anymore but it was worth every pound.  Appetizers?  Sure.  Salad to start?  Why not.  Steak with three sides?  Fine.  Dessert?  Bring me two. 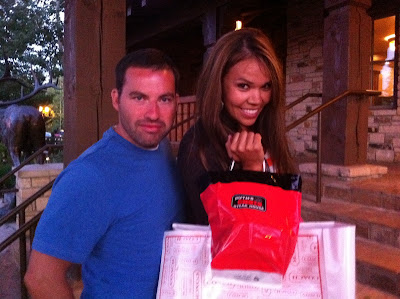 To-go bag for proof.  It was their anniversary and they're probably two of the luckiest people we know; the stars were aligned.
After shopping we rode the Alpine Slide.  Have you ever seen a place more gorgeous than this? 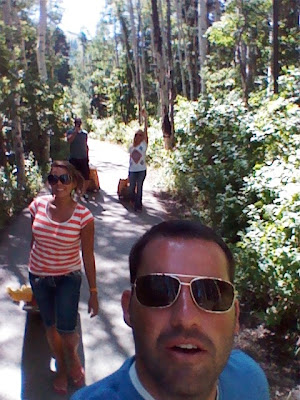 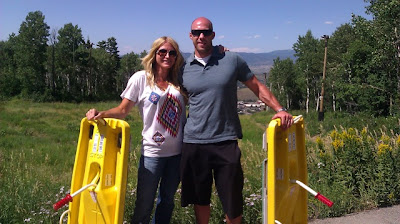 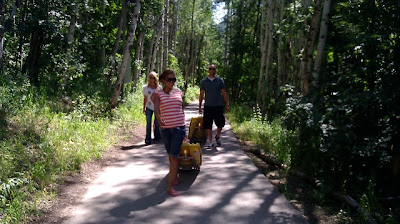 Best part: I needed a break.  As we left the boys at my mom's I literally (ask Tod) clicked my heels.  Twice.  Because when you're a mom, there is no real break.  Christmas day isn't even a break.  Weekends aren't a break.  Family trips aren't a break.  I tried to explain to Tod that trips with the kids are cool but I'm still a mom all day long.  I needed a break from what I always do.  We had enough time and money for three days but it was enough.  It was relaxing to slowly get ready with no one needing a drink or a dry diaper.  It was fun to eat with Tod during dinner instead of taking turns chasing Larry or pacifying Lennon.  And more than anything it was so refreshing to spend time with good friends and stay up until 3 am talking...then sleep in the next day.
Take a break.  You probably need one.  And maybe invite us.
Posted by MediocreMama at 11:02 PM

Um...I need a break. But first I wanna know who I need to be friends with to get 2 free dinners at Ruth's Chris Steakhouse.

Holy crap that was fun!!! And I can't believe I forgot to mention my broken tooth! I died laughing at that part. But it's on. Next year, again.

Tiffany, if you want stuff for free get to know the McPhies...stuff like that follows them around.

Blasted, my comment just got erased... I'm glad you enjoyed the beautiful secret that is East Canyon! Hopefully minus the burnt popcorn, chair that dropped on your toe, "fat Cadalac" songs, skunk encounters, etc, etc!!!

I do need a break. We took our kids (minus Hudson) on our big vacation this summer. While we were there I told Kevin: "Next time no kids. And let's plan next time now. Seriously." Glad you were able to get away, I'm a little more relaxed just reading this.

Alana, I looked for Rich up in East Canyon and couldn't find him or his video camera anywhere...

Angela, for sure no kids next time. Especially Hawaii!