too tough to die

Tod is pretty tough.  Maybe what makes him tough is how he thinks he's tough.  I like to play a game with him called, "Who Would Win?" where I put him up against people we know in a street fight and he tells me who would win.
Me: Who would win, you or Brent?
Tod: Oh...me for sure.
Me: Okay, you against Brent and Q at the same time.
Tod: Holly, please...

Then one time I made it a little more intense:

Me: Who would win, you or Oscar de la Hoya?
Tod: Hmmmmm...I could take him if I could just get him on the ground first.

Tod is so tough, he bought and framed this for our office: 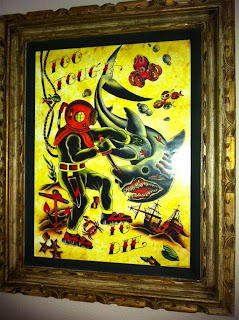 Tod is so tough that when his wife dry cleaned ALL his dress pants at once then Sunday came and she hadn't picked them up yet, he was ready to face the congregation like this: 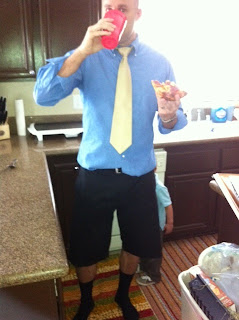 I made him change into khakis.

Tod is so tough that he comes home like this after his morning workout with high school wrestlers: 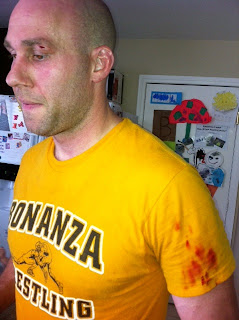 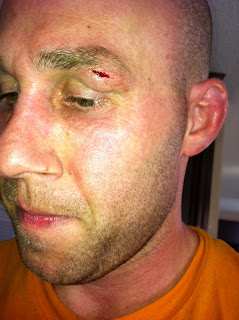 Does he coach at Bonanza?

He did for about five years but hasn't had time for the last two...this summer he's been working out with some of the seniors who are college wrestling in the fall.

I really like that his shirt was not white at all.