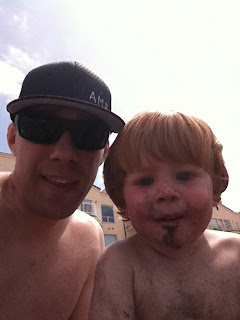 The best and worst thing about Tod is how not-normal he is.  It's why I love him and it's why sometimes I want to hurt him.
On our drive home from San Diego around hour five Larry lost it.  Screeeeeeeeaming. Tod took the opportunity to calm him down. With words.
"Come on Larry (Larry still screaming)...push through the pain (screaming)...our family is only as strong as its weakest link (still screaming)...Wever's don't quit (now wailing)...." and so on.  Surprisingly, it didn't work.  Weird. 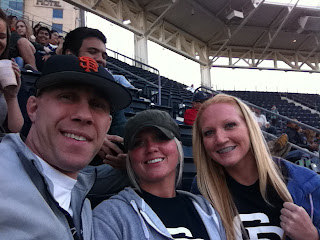 One night in California we went for a run.  We finished on the beach where a couple was having an intense conversation on a bench. Tod decided to stand directly in front of them (blocking their view of the ocean) to stretch.  Oh and p.s. Tod shattered his pelvis in a car accident years ago so after his runs he does pelvic stretches.  Borderline pornographic pelvic stretches.  Maybe two feet in front of this couple. 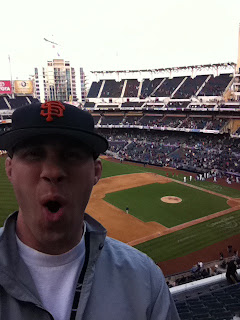 Tod taught Lennon to yell, "UH OH, PO-PO!" whenever police cars drive by.  Last night he missed an exit on the freeway so he pulled over, threw the car into reverse, backed up.  Quite a rush, actually. 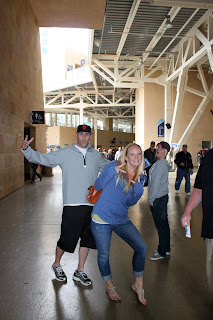 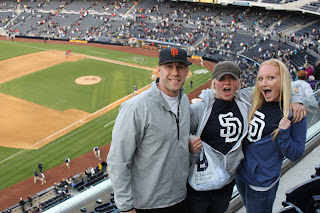 Tod is the king of understatements.  One time he described pioneers' hardships on the plains as a "real bummer."  Last night the news reported about a woman who was arrested for armed robbery, drug dealing, and slicing a security guard with a sharp object.  Tod's comment:
"She is such a stinker!" 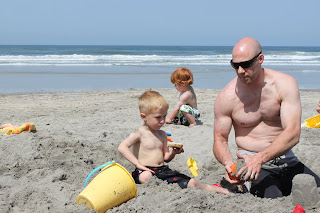 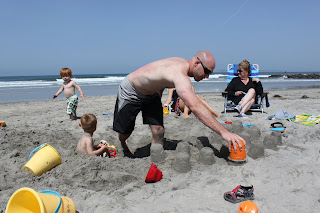 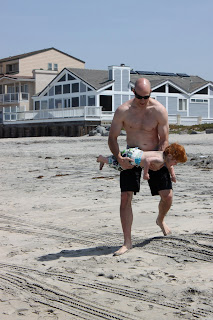 Then there was this morning when someone called Tod about a rental property.  In seconds I knew they only spoke Spanish because Tod started shouting into the phone about "casas" and "rento."  The best was when he decided it would be easiest to just give her his website.
"Type in R as in....Roberrrrrto....P as in.....Pablo.....M as in....Marrrrrrria....L as in Luis....and V as in Veeeeector."
And yes, he rolled those r's.
Posted by MediocreMama at 10:34 PM

You make me love him even more and you make me realize what a celestial saint YOU are. LOL!! Love you guys.

Well if it said by D&C that you are a celestial saint it must be scripture. I love the balance between you guys. I also need to learn these pelvic exercises and wished you would have You Tubed him doing them in front of this couple. We just bought a hotel voucher in Vegas so it looks like we'll be seeing you soon. Pencil in some time for us.

Keep these coming! I think you could do a whole blog just on Tod-isms. So funny.

There's nothing about Tod not to love!!!

I love this. I love the sounding out espanol style. Thanks for the laugh - Tod's great!