At least my roots are gone

Let me start this post on a high note...just had my hair done. No roots = Happy Holly. More on that here. 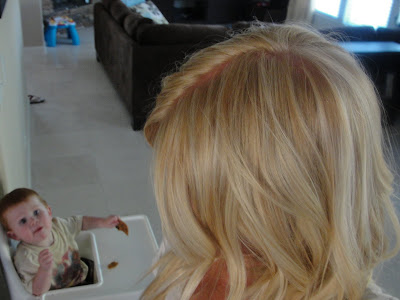 However, the other day something inside of me snapped. I spent a few hours scrubbing, vacuuming, dusting, and mopping the house. It smelled and looked SO SPARKLY. I was happy and felt so much order and peace in my life. Then three hours passed. And it was a mess again.
SNAP! 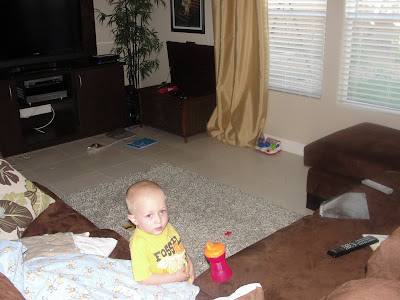 So I called a family meeting. AKA: I walked into the room where all three boys were sitting. Len and Larry watching a movie, Tod on his laptop. Crumbs everywhere, p.s.

Me: "Hey everyone , thanks for coming...this shouldn't take long. I have an announcement to make."
Boys: No response, no one looks my way.
Me: "I don't want anyone to be alarmed but I wanted to let you know I'm not going to be cleaning, cooking or doing laundry until I feel like it which might take a couple years or never again."
Boys: No response, although Tod did lift his chin in my direction while typing on his laptop, eyes still on the screen. The intention was there to look up but he didn't.quite.make.it.
Me: "Okay, so good luck with everything. If you need directions to the store, or want to know where to find cleaning supplies you can just email me."
Boys: Tod did respond here by saying (still looking at screen) "Awwww are you having a bad day?" I think that's when I walked out to avoid punching him in the face. I'd hate to scare the kids. 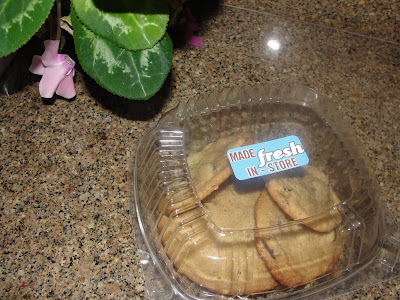 The next day was a double food strike. I'm not sure if it was religious or maybe political (election day?). Both Lennon and Larry decided they were not eating food but only drinking fluids for an entire 24 hours. Which was fine at breakfast, sort of weird at lunch but by dinner I was annoyed. So I did what any great mom would do -- fed them cookies for dinner. Thanks, Lisa M. 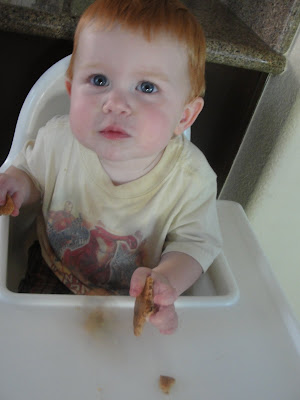 And they ate them. 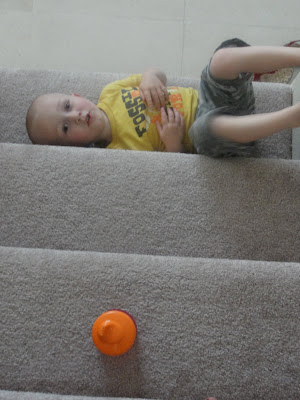 [ Picture documenting food strike...this is during lunch when Lennon explained to me all he needed was apple juice. ]
Posted by MediocreMama at 1:11 PM

after the day I had... I needed that.

Freaking kids. I know how you feel.

Your hair looks great. Did you cut it too? It's amazing how getting your roots done can give you an extra boost for awhile!! I wish I was daring enough to just let the "natural" color come out. I wish I could say I loved my hair...

"hey everyone, thanks for coming"-my favorite part of the post.

I know and if I could only live happily with my house torn up I would so quit forever! Why is it that the mess bothers us the most?

Just be grateful you have a dishwasher. Every night at 11:00 I face a sink full of dirty dishes and silverware. (Washing fork and spoons by hand is so tedious and annoying).

I'll hint to Quentin, "All I want to do is go to bed right now, but I guess I'll start on the dishes".

His reply, "Oh babe, just go to bed. You can do them in the morning."

Holly
Ive enjoyed reading your blog from Leah's and I love the way you write about real mom life! You should check out this website called
www.powerofmoms.com
its uplifting and something that I read alot to get a quick pick me up!
Take care,
Sarah Peterson Chapman