Party in the back

Mullets are always funny when they're not on your kid. After Larry was born, I asked Tod to shave off Lennon's mop. I never get exactly what I want around here. [The marker on his face and the chocolate shake 'stache doesn't help the look, either][neither does the fact that he's usually shirtless around the house] 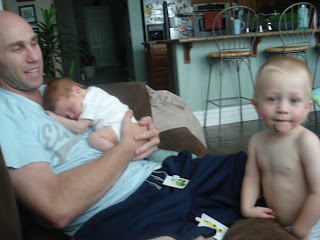 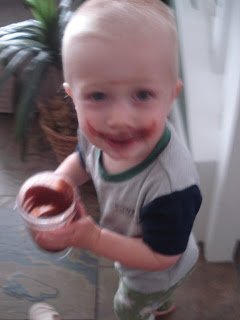 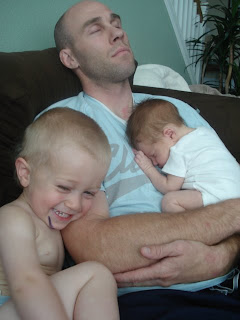 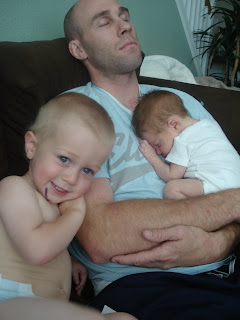 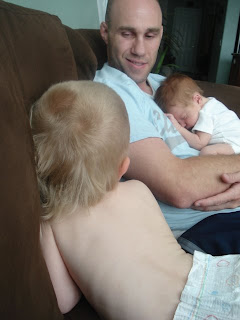 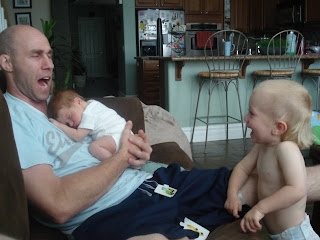 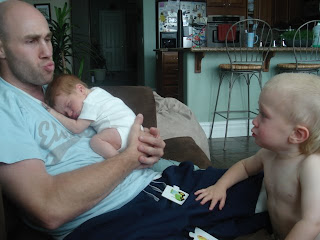 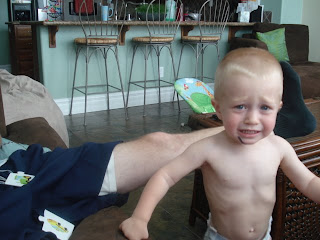 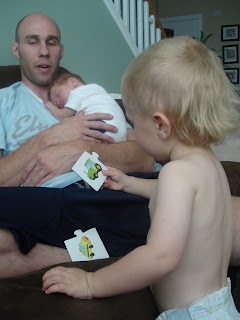 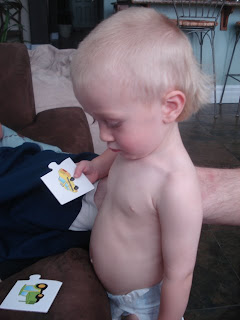 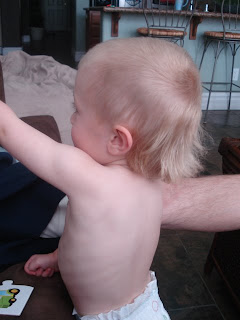 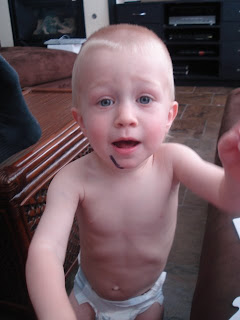 When fans email me (they don't) and ask me questions about my posts (this has never happened), the most common question I get is, "Who is this Tod character?"
If you know Tod then all my posts make sense already.
If you don't know Tod, you're probably confused on several levels. Who would do this to their kid?

But I'm really super into him.

Posted by MediocreMama at 3:33 PM

I don't know Tod, but you are hilarious!

You should just start a second Todd Fan Club blog--I'll make shirts. I want to know what your reaction to these "compliments" are. I know I would get in a decent amount of trouble if I said that to my wife.

I really like the mullet--it reminds me of Sean Patrick from stansbury and his wierd "ducktail" thing he had going on. It was a scary fad, but I think Lennon can bring it back in style--if not I have a neighbor who would probably hire Todd to give him the same haircut. Can't wait to see you at the reunion!

Yep... Peter said that's the Tod he remembers. You guys are hilarious. Wished we lived closer.

LOL! I love Tod, he kills me! Lennon is rocking the mullet!

Oh wow! It must be oure entertainment at your house 24/7! I can't believe the mullet yet with the marker, no clothes on and milkshake on his face it is somewhat believable. I cna't believe the mold comment! Hilarious. I am glad you wrote this all down so you can teach Lennon and Larry what not to do!

Love the kid...HATE the hair. Grandma's bringing her "clippers"...

Maybe Tod's electric clipper ran out of battery power or got unplugged when he got to Lennon's back side of his head.

Still love all the Wevers!

Oh and I LOVE the hair.. but
I've always been a "long hair" person anyways =)

Awww...Tod cut Lennon's hair and now he looks like one of those Walmart babies....J/K.

Next time Tod goes to sleep, you should get the clippers and carve some Vanilla Ice stripes on HIS head so he can see what it is like look like he works at a Traveling Carnival.

Congrats on the new babe. He is adorable, can't believe all that hair. I love the posts keep it up. Aren't baby hospital pictures hilarious. They all seem to have that hazy look to them at least all mine did. Maybe it is because everyone is shaking and can't hold the camera still or perhaps in my husbands case has no idea how to work a camera. As I am laying on the operating table changing the memory card for him. Either way the memories are priceless. Glad to hear the baby is here and healthy!