Over the weekend I put my foot down and said NOT ONE MORE DAY OF THIS MESSY GARAGE so Tod spent about eight hours on Saturday cleaning it out for me.  He found a mix CD you made for my long runs a couple years ago.  You wrote on it: Mix #1 Love, Sissy. When Tod showed it to me I immediately turned on the car and rolled down the windows and we listened to the whole thing while we Tod cleaned the garage.  As I listened to the songs you hand picked for me I remembered in October when you wanted to come out and clean our garage for me.  It never happened but here we were, listening to your mix and cleaning it without you.  Life is weird sometimes.

You've missed so much in the short eight weeks since Mom found you and you were no longer you.  I saw an elderly Asian woman at Costco the other day wearing high waisted white mom jeans with a HUGE Harley Davidson patch sewn onto her back pocket.  I reached for my phone to take a picture and send to you.  I'm so mad you've done this to yourself and to all of us.

Tommy and Shantay brought Cooper out for their first LPA conference at Red Rock.  We took the boys to some of the activities and I was so proud of them.  They mingled and made conversations and treated everyone kindly and with respect.  Not to mention they tore up the dance floor which was impressive; they were the only average size kids out there.  I was so proud. You would've loved it. 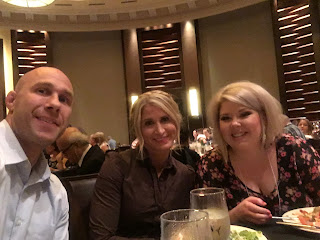 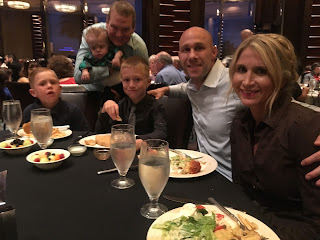 Ruby turned four.  She picked out a princess dress and crown to wear to her party.  Katy was in town and helped me make a treasure hunt in the culdesac.  The kids had fun but when they left I was ready for bed. 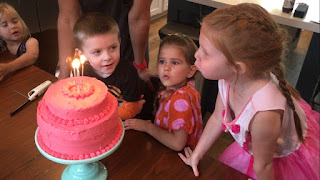 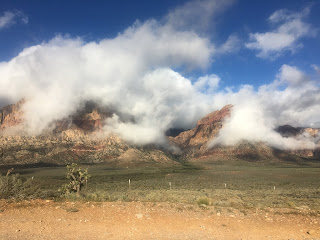 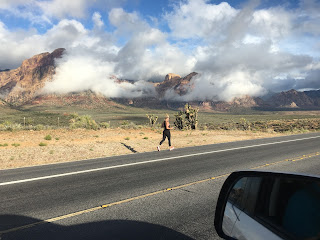 I've been running a lot lately.  I have lost the desire to run so I do it now purely to clear my head and feel like a normal person again.  Things I used to love to do I feel apathetic towards now.  Hopefully that doesn't last forever.  I have a race this Saturday and thanks to you...now I have some music for it too. 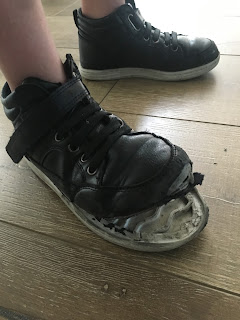 Larry's shoes looked like this for awhile so I finally bought him a new pair.  They were blue and red and pretty cool skater looking shoes.  We took the kids bowling that night and Larry LEFT HIS BRAND NEW SHOE AT THE BOWLING ALLEY and someone stole them.  So he had to wear these again until he earned a second new pair.  I felt  bad sending him to school like this everyday but  YOU CAN'T JUST LEAVE YOUR SHOES WHEREVER.  Lesson learned I think. 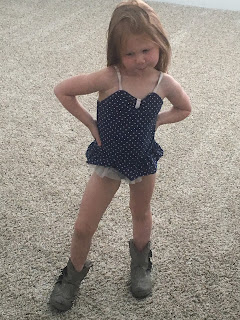 Just a normal outfit for Ruby these days. 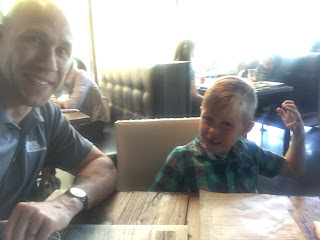 Tod took each of the boys to work with him for a whole day AKA they went to lunch and a movie.  They were thrilled. 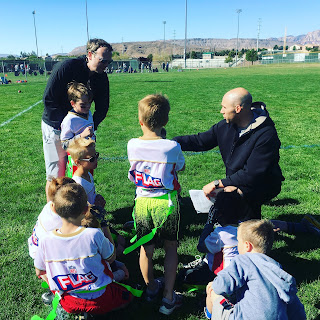 He's also coaching their flag football team this spring.  They are really good!  We've only lost once and I can't believe how these boys can run and pass so well already.  You would seriously love watching them play. 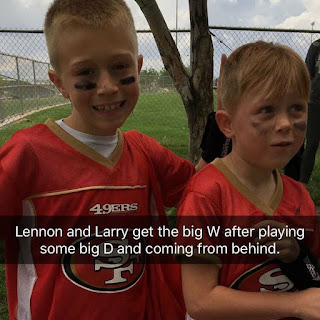 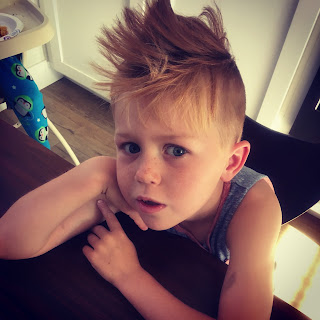 Life at home has been pretty normal.  At least it looks normal on the outside.  On the inside I'm usually nauseous, anxious, or just deeply deeply sad.  Losing you has created a pain in my gut that I've never felt  before.  I'm okay until I really let myself feel and know that you're gone and then it's all I can do just to stay upright and finish dinner or laundry or homework or whatever.  What I wish I could do is just stay in bed.  Trying to get up and live everyday. 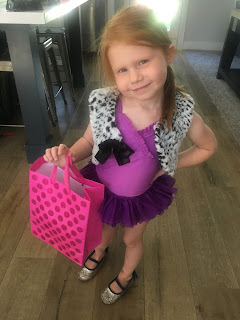 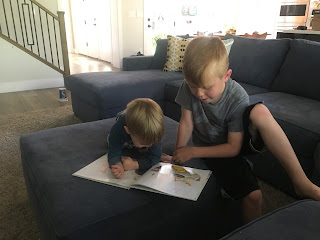 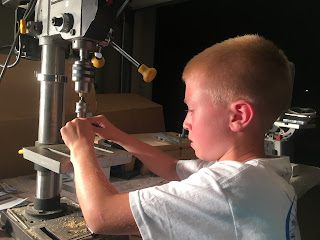 Finally, Lennon built his first Pinewood Derby car.  He worked SO MANY HOURS on it.  He and Tod would leave for nights in a row to work on it.

That's when I told him this was his first year...winning isn't everything...we can be happy even if we don't win, etc... 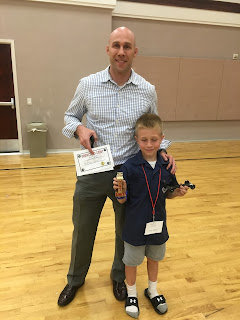 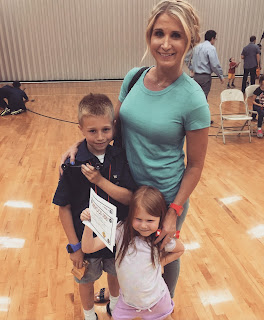 And he won.  The whole thing.

I wish I could call you and tell you all this even just one more time.

Posted by MediocreMama at 10:28 AM