the holidays did happen

I just realized I never posted pictures from Christmas 2010 (except for my awesome boots).  This year was a little more stressful than most and I sort of wanted to move on once the holidays ended.  Just a few things though: 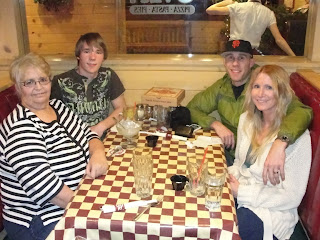 We met up with Tyler and his Grandma...Tod mentored him for years when Tyler was a little guy.  Now he's graduating.  We are getting old.  He used to take off his shoes and shimmy up light posts (in Tod's care). 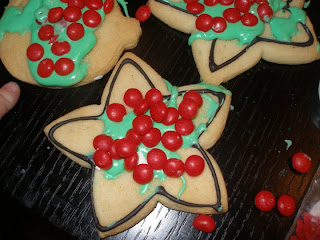 Lennon frosted these cookies wearing the apron my mom bought him. 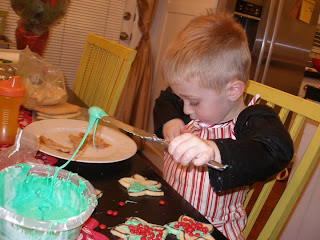 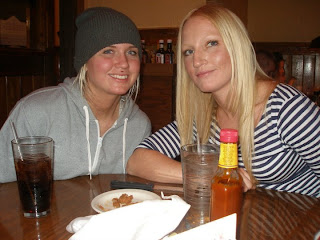 On Christmas Eve we went out for dinner instead of making it.  I HIGHLY RECOMMEND THIS because there were no groceries to buy, no cooking to worry about, no mess to clean up.  I don't know if it was Outback or Kari but something was weird with her eyes that night (see above).  We have a picture that shows it more but I'm pretty sure we're not allowed to post it...to be fair, Kristi has a hole right above her lip from a basketball altercation earlier that day.  Those darn twins! 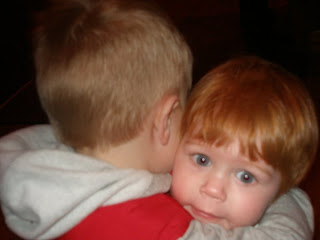 Boys hugging while we waited for a table.  Lennon was excited for Santa. 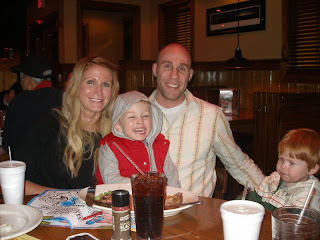 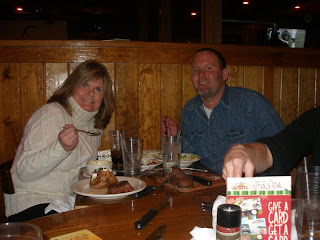 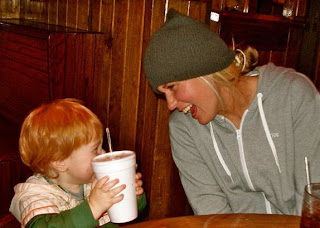 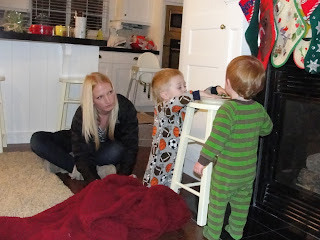 After dinner -- Kari and the boys wrote a note to Santa and left him some cookies. 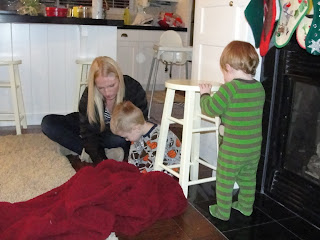 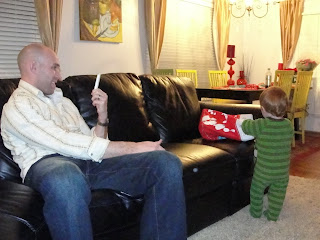 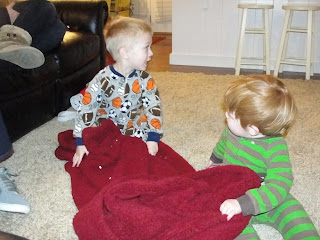 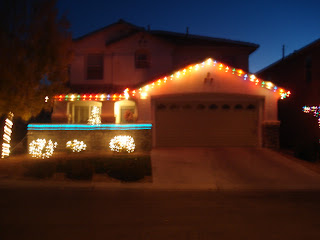 Our house lit up back home.  I liked Tod's use of color. 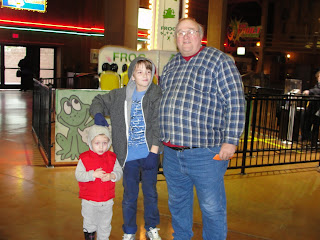 Tod's parents came out for New Year's and took the boys to Primm where they rode every ride and loved hanging out with their cousin Evan.  They were in heaven...with Evan. 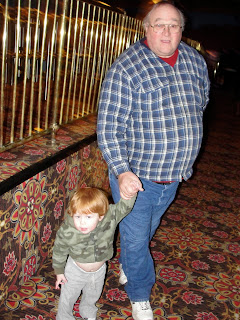 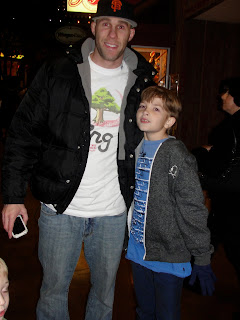 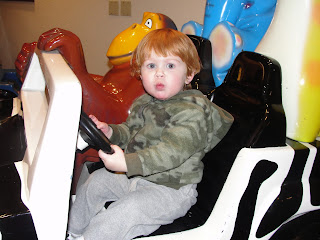 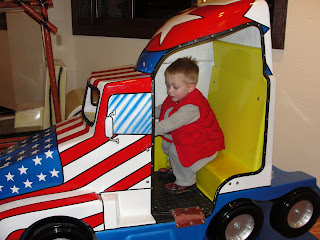 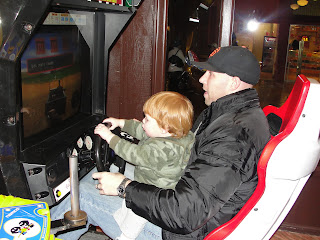 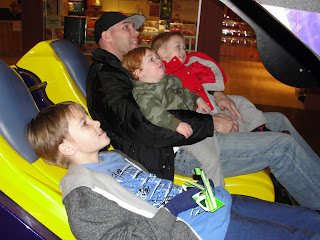 Primm was a lot of fun but promise me this -- if I ever become an operator of the "Hop It" ride there, run me over with your car.  Or use a baseball bat, I have no preference. 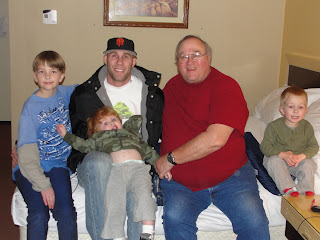 It should also be mentioned that Tommy came dressed as Buddy the Elf for our family Christmas party.  His sweet wife sewed this costume for him.  The kids were scared but the adults seemed to enjoy him. 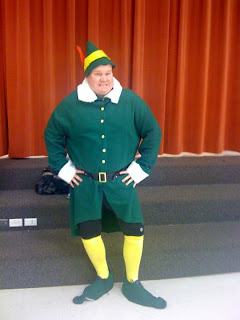 Speaking of Tommy, he can make Larry laugh harder than anyone.  In this video he was slapping himself and Larry was loving it.  Later I slapped myself for him and he just stared at me.  Maybe Tommy's a magic elf.
Click HERE.
Posted by MediocreMama at 7:36 PM

Email ThisBlogThis!Share to TwitterShare to FacebookShare to Pinterest
Labels: Christmas 2010

Is Tod playing with a tampon? I saw Jackson look at one exactly the same way...

Hahahaha no I think he's taking a picture with his phone (white cover on it). That is hilarious. Now he'll want it taken down immediately.

That was so considerate to not put up the glass eye picture. That night was a terrible night of pictures for me: trying to smile without showing the braces, googley eyes..... Maybe I will put it up on my blog. I think I can laugh at it now.