When I was younger I loved Halloween. Now...I'm not so sure. These pictures are backwards in order but here's my problem -- I am sick of hearing about candy and costumes. These first pictures were taken SINCE Halloween. Lennon will.not.take.off.his.costume. It was a blow-out fight just to convince him that Batman can't go to church (it makes Jesus sad, we told him). He wakes up every morning yelling for his costume and his candy. Right now he's wearing his costume -- even though I've washed it, it's covered in chocolate, syrup, and some weird smell Tod calls "kid sweat." 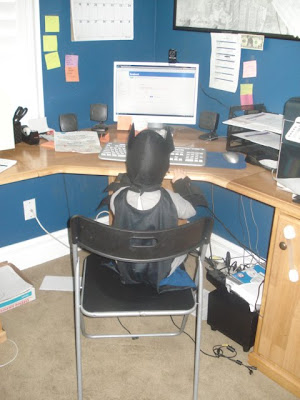 Last night we had the missionaries over for dinner. That is a whole other story....I forgot they were coming so we fed them pancakes. Anyways, Lennon was in character and kept saying, "Hey Missionaries! Like my costume?" 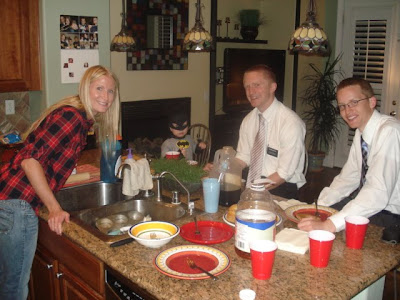 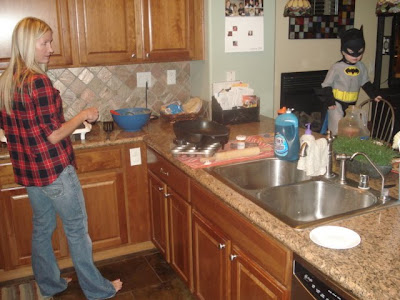 One night while his costume was drying, we agreed to at least let him wear his mask or his goggles as he calls them. 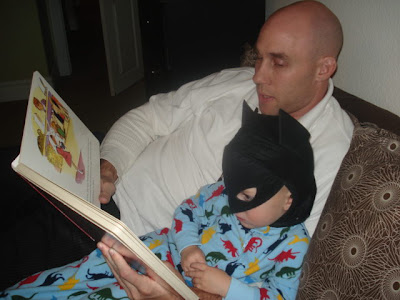 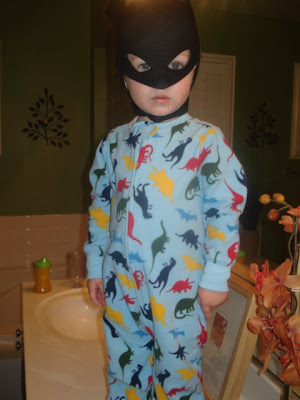 Actual Halloween night was fun but seriously -- what does everyone do with all that candy? Hide it? Let them eat it all day until it's gone? Pretend the whole thing didn't happen? 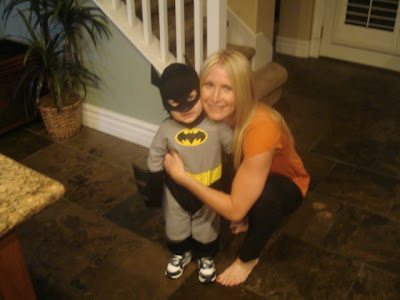 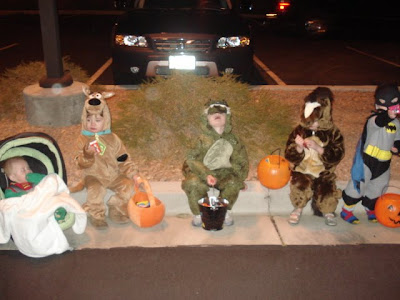 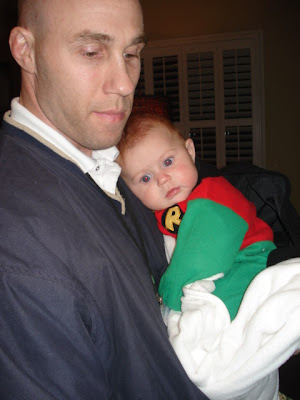 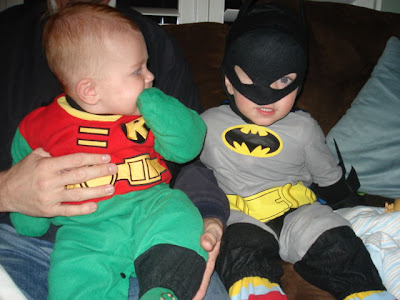 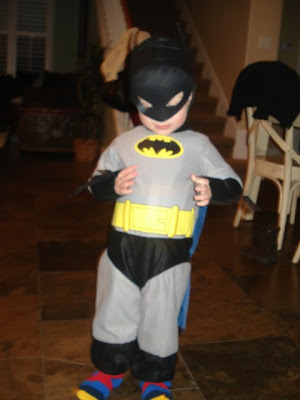 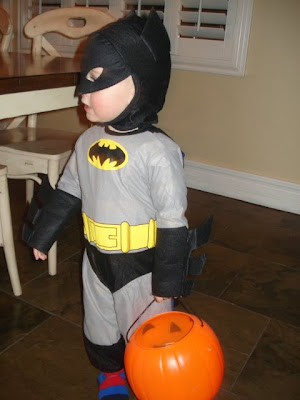 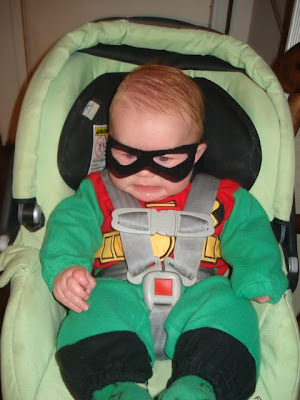 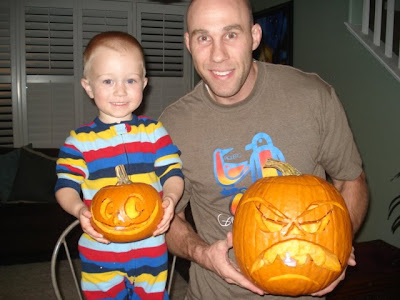 Note: Lennon NEVER smiles for pictures but he was so happy that night. He thought carving pumpkins was the coolest thing he'd ever seen. While they were carving Lennon said, "Mama, I'm so happy today." 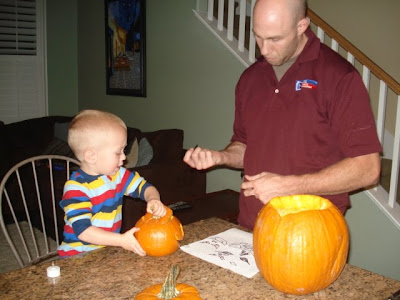 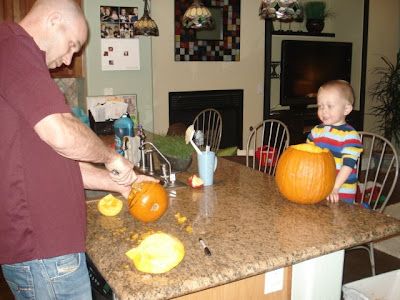 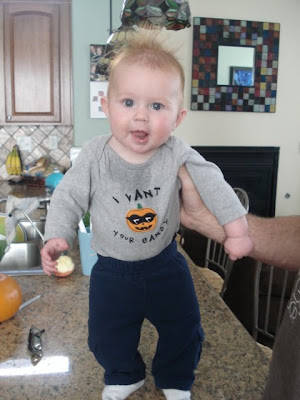 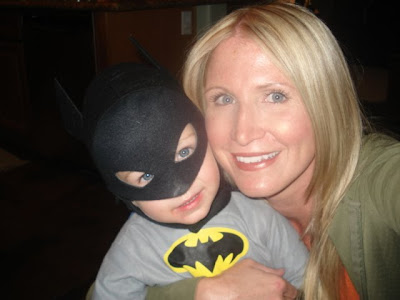 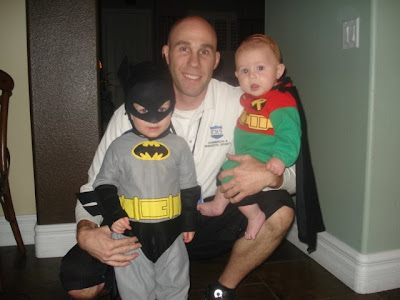 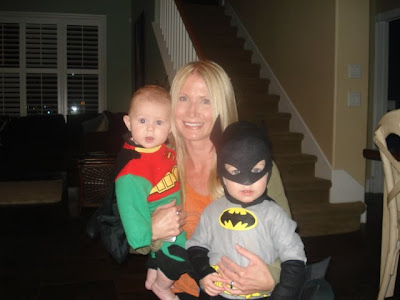 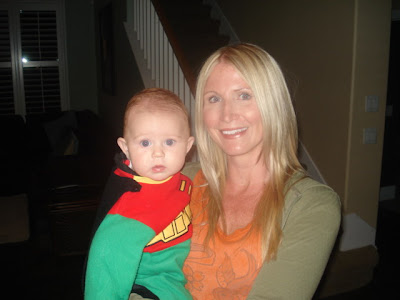 Larry looks amazing in the Robin costume! Especially with the mask! THat smile on Lennon's face is priceless! You need to frame that immediately! You look gorgeous! And I can't wait until my kids are so obsessed they need to wear their costume 24/7! Hilarious!

I just remember all of our old Halloween adventures throughout the years...there was the Holly and Alana as Wayne and Garth (which, no matter what, I will always revert back to that memory) and all of us in Taco Bell outfits (still trick or treating in high school). Best of all, was your neighbors haunted house every year...that was impressive...full of dry ice and human brains in a bowl!

Looks like you are starting it all over again!

Enjoy every minute. These times are so precious and fleeting. I'm glad you are taking lots of pictures!

Batman & Robin ... how absolutely darling!! Larry is looking so much older ~ he is a darling Robin & that Batman has got to be the cutest thing ever! Kip was Batman for a couple of years, & he sang that "da...da...da...da...da...da...da...da..." theme song too. (I have it recorded on a cassett tape somewhere). We didn't have the cool skull cap/w ears tho ~ that truly makes the outfit!

I just had a Tyson and baby Luke flashback. Those pictures are awesome.

I tried to get my boys to be Batman and Robin last year, but number 2 refused to be Robin. I asked him about ten times before he finally said, "mom, I am never, never, never going to be Robin." So, I had 2 Batmans. Whatever. Yours look so cute though! Good job on getting it done before number 2 cares.