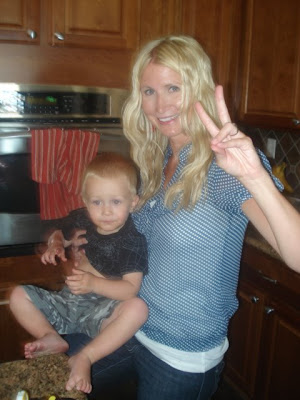 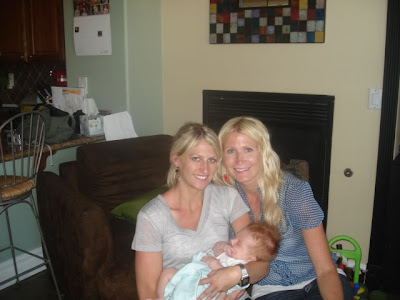 Tom and Alana happened to be on her way through town -- perfect timing. 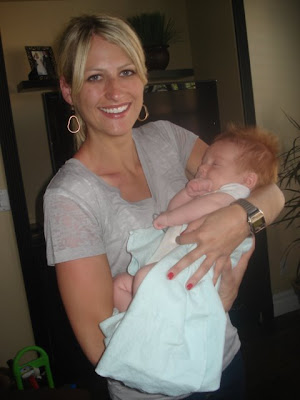 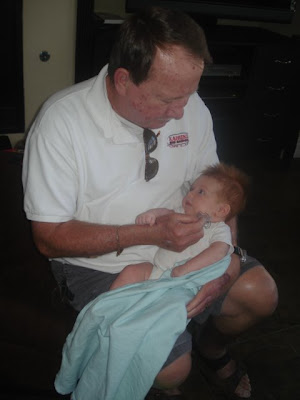 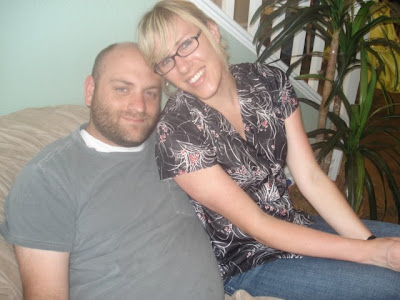 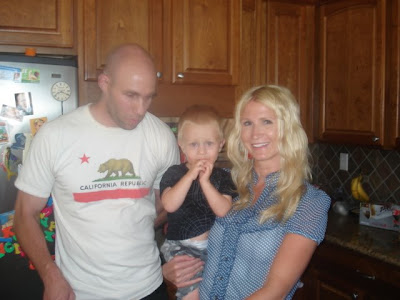 Family shot that Tod was unaware of apparently. 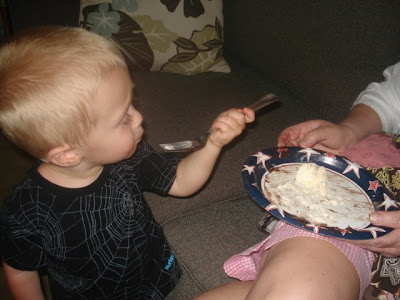 Lennon has a thing for eating off YOUR plate. He doesn't want to eat off HIS plate....but YOUR plate. Anyone's plate. 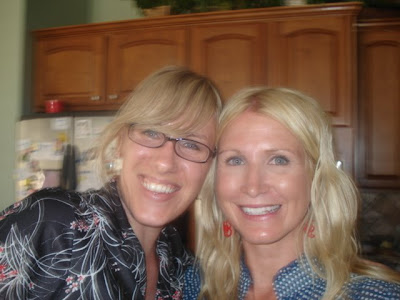 Amy stayed with us for a couple weeks and I wanted to bawl when she left. I love my sister in laws. Especially when I kick their trash in chicken fights. Long story. 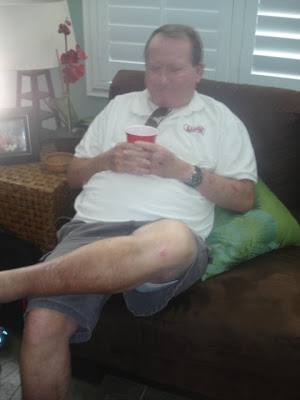 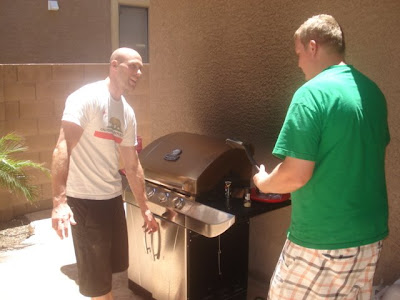 Tod and Tommy -- made great BBQ 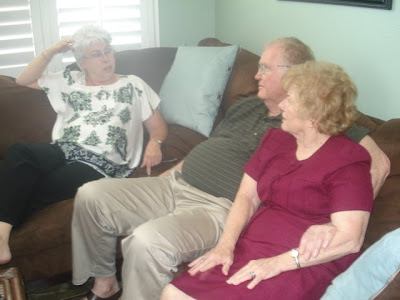 Grandma Carol with my grandparents Larry and Jewel. 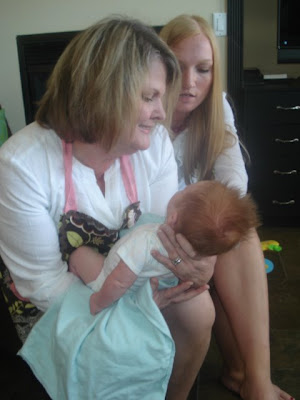 My mom and sister Kari loving Larry. More on him later. He is an angel. 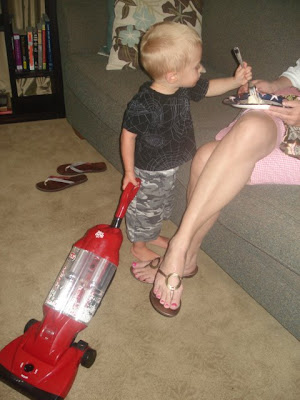 Lennon and his new vacuum. He uses this thing probably four hours a day and it completely obsessed with it and it's the first thing we take away when he's naughty. Perfect.
We have high hopes that our boy will be the best, BEST janitor of all time.
His birthday is on July 5th so we told him that all the fireworks were for him. Now every time he sees fireworks on TV or in the sky he yells, "Fireworks! It's my BIRTHDAY!" His dad told him he pulled a lot of strings to put that show together; most kids don't have dads that cool.
Happy Birthday Lennon!
Posted by MediocreMama at 5:32 PM

I love Larry's red hair! We have the red hair gene too! Tell Lennon I have plenty of dog hair he can vacuum up at my house. Just send him my way.

This is totally random, but I have that same polka dot shirt you are wearing. But it doesn't fit very well right now. Crazy!

Wow. I can't believe he is two! It seriously doesn't feel like it was that long ago when we met him at Amy's wedding. He sure is cute!!

I love how much you lie to your kids--I can't wait to lie to mine.

It was so fun hanging out with you guys! You two are awesome. Your kids are adorable! I am glad we got to see Lennon in action and that that these atories are real! I love that they will believe anything you say and then they says the craziest things! What a fun stage!

You got to work that domestic gene of Lennon's to your advantage!! Give Tony Danza a run for his money! Eat his dust Tony...Lennon is the "Boss" now sucka!

You are looking super sexy these days. Are you sure that baby is yours? He does had red hair afterall. Must be all the running...I guess that's the good side about working out. I am getting pumped for our seattle trip. Can't wait to hang out with you guys!

Happy late B-Day Lennon! Holly, could you get any prettier? Geez missy. You're gorgeous!