Does anyone still care?

We figured out a way to find our pictures. Two months later. But does anyone REALLY want to see Thanksgiving pictures anymore? If not, just go to someone else's blog with recent pictures. I won't be mad. 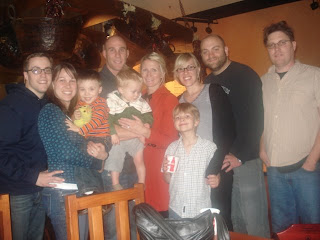 After the holiday some of us ventured to the strip to take the kids to a pirate show. Turns out, the "pirate show" was called "Sirens of T.I."...which seemed a little off to me. And then there was the ship...

We should've known at this point what we were about to experience...

While provocative, the show was very informative. For example, did you know that pirates wore thongs? And used ropes as poles during dance numbers? I had no idea. Who needs school when you've got the strip? Listen, I've seen a lot of pirates in my life, but nothing compares to this. 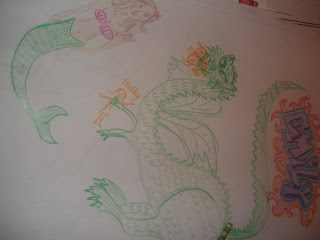 Later in the week, I competed in an art contest with Tod's sisters. Above is Emily's version of a "mermaid" and a "dragon." I labeled them since it's hard to see what she was going for... 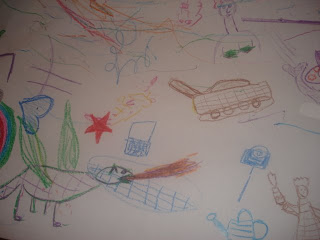 And here are some of Amy's drawings...I want to say that is some type of fire-breathing bird in the lower left corner followed by a tank above and then a naked woman? AMY? This wasn't the first time competing with sister-in-laws...to see a REAL chicken fight, go here. 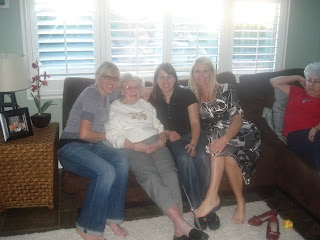 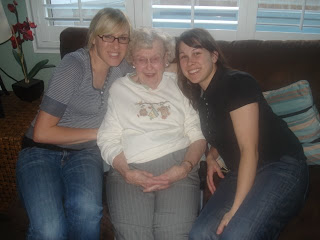 The girls and their grandma (cane not pictured; Lennon took off with it). 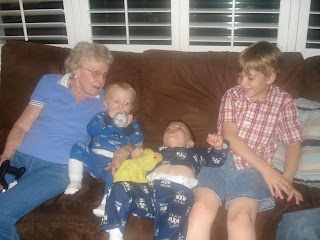 Grandma and attempt #3 for cousin pictures. Notice how Tod pulls Lennon's socks OVER his pants. 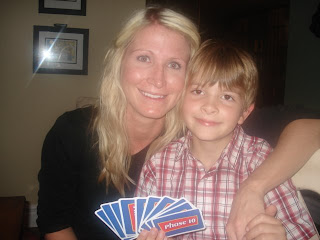 Me and our oldest nephew, Evan. He dominates at Phase 10. 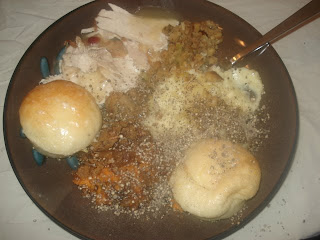 Typical Tod story: So dinner was done, we're starving and Tod hadn't eaten all day. So he sets up the table, gets the drinks, sets up the chairs, gets everyone their plates, etc....we all sit down to eat and Lennon has a dirty diaper. Being the good guy he is, he offers to change him. Prayer is said, we all start to eat. Ten minutes later Tod reappears FAMISHED and sits down to eat. He has a huge smile on his face as he lightly salts his food. He grabs the pepper grinder, turns it upside down...and this. It all comes out. And he ate it anyway. Poor Tod. 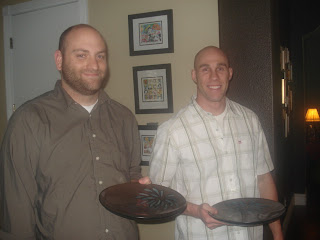 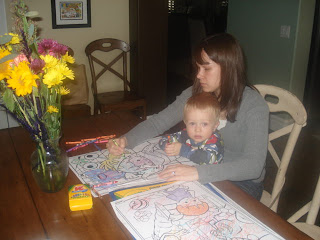 Emily colored with Lennon all weekend and he fell in LOVE with her.

Happy late Thanksgiving, everyone.
[ P.S. Not everyone is pictured; while we can now find our pictures, we can't rotate them...sort of limited my choices.]
Posted by MediocreMama at 5:30 PM

So glad you can get to your pictures. Am sure you'll figure out how to rotate them eventually.
Very happy to see the Thanksgiving fun times ... even the pirate show. Sure wasn't the one I saw in the 90's!!! Sorry about that. Wish great grandma had a computer, she'd love the pics you always post. I do!! p.s. you're mom looks so great at Xmas @ the beach.

I have a hunch that the pirate thing was Tod's idea--Remember Kelli Frost's Pirate birthday party? I kind of wish it was more like the one you went to. Except Tom Rose was really wearing an I patch I believe.

How are you feeling? I hate that you can't really respond through blogging so I'm going to imagine you saying, "Good, I'm a little tired and I throw up and yell occasionally, but it's such a blessing." Not necessarily in that order.

Wow, I've heard about that show. It reminds me of the first show Jim took me to... neither of us knew, but it was definitely an eye opener!

What? That was my interpretation of a Modigliani. I thought it was a great example. Don't be jealous of my artistic abilities! ;-)

I wonder if he sneezed at any time while eating that?
Thats terrible, I'm sorry that happened.. =/

As for the Pirate Show, you couldn't be more right!
I went there few months ago, expected the same old show with fighting, fake bombs, jumping in the water... well, I did see all of that just with half naked girls. Hmm, sex sells? It seems to only get worse.

So, I want to see how big your belly is going to get this time! AND if you're still wearing those stripes that make you look even bigger! (only in the tummy of course!) Oh, and I loooovve your red coat. Super Chic but cute and casual.

Glad you had an awesome Thanksgiving. -Jessica