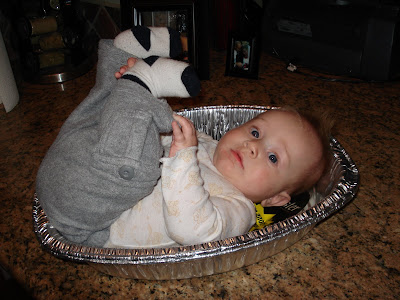 This year we stayed home for Thanksgiving. It was the first time we've done it on our own. We missed everyone but loved not traveling! Everything started out great the day before... 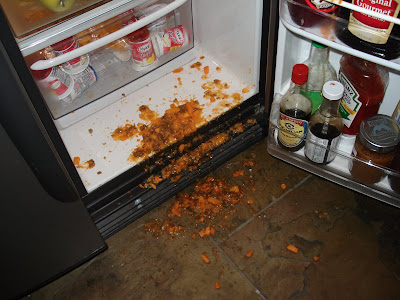 ....and then the night before we had a little problem....
I decided to make one of the dishes ahead of time. So I prepared Megan's yummy sweet potato casserole from scratch on Wednesday night. I was so meticulous about every single measurement -- I wanted it to be just right. I finished and stuck it in the fridge. Opened the fridge a minute later for some milk and this happened: 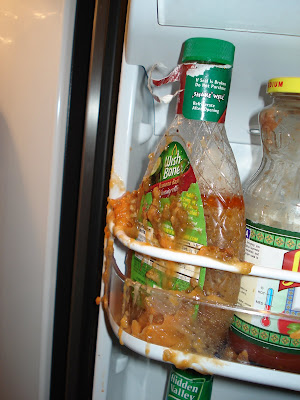 It wasn't just on the floor. It was all over our condiments as well. Tod was running an errand when this all happened and when he returned I was tearfully wiping up this sick puke-like mess. I announced: "Thanksgiving is cancelled."
I was serious at the time but once it was cleaned up, I realized the remains would still be enough to bake the next day. So Thanksgiving was no longer cancelled.
[Note: I have seen the word 'cancelled' spelled with one OR two l's. I chose one way so everyone calm down in case it's wrong.] 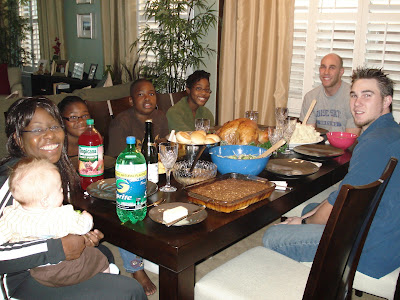 The next day was really nice. We had our good friend, Kenya and her three kids Tatiana, T.J., and Jasmine over. Tod's brother, Tyler came as well. And the casserole was THE most delicious part of the meal. 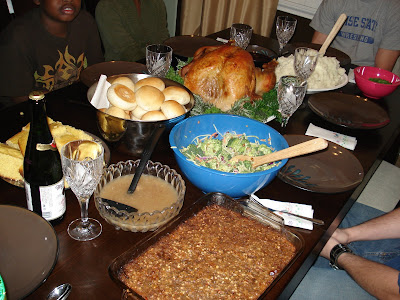 After dinner Tod and Tyler did all the dishes while we played CLUE. Needless to say I won both games but to their credit, it was their first time. I'm ruthless when it comes to CLUE. 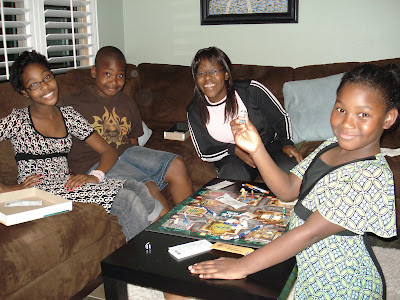 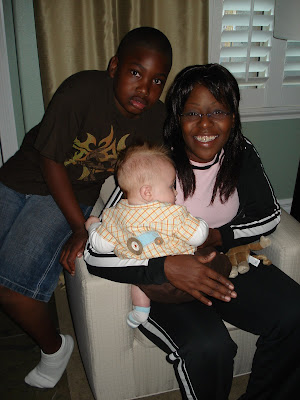 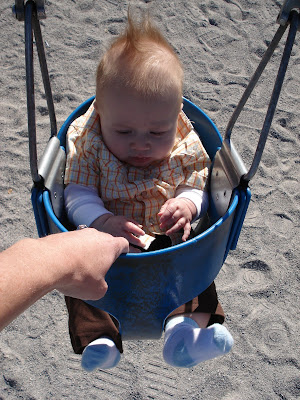 I forgot to mention that earlier in the day, Lennon was able to swing. This has become a favorite activity of his and it's really cute to watch. He's still so small but really loves the wind in his rooster-like hair. Happy Thanksgiving!!
Posted by Tolly & Lennon at 8:28 AM

I think it's inevitable... everyone has to have one crazy, unexpected mishap when preparing a large meal. Just part of life!

Love the swing picture. So cute! Benson loves the swings too. He's not getting much time on them lately because it's so cold out. A perk for Lennon... living in the desert:)

Lennon looks like a 14 pound turkey. Cute. Very cute. I'm proud of you for making an entire big fat dinner. You're the best.

Lennon is so cute. I do love his rooster-like hair.

Way to go. I would have thought of cancellling (I think its 3) turkey day too if my fridge had puked on the floor. The meal looked lovely. I was bragging to Dee about how I was growing up, because I actually made the stuffing this year (usually an assignment given to more vetranned...sorry...thanksgiving attenders) when she dropped how you had made the whole dinner. You stole my thunder, and rightfully so.

I completely understand your canceled/cancelled dilemma. I never know what to do. I think you made a good choice.

I'm so proud of you! Your meal looks fantastic! You are brave to tackle a Thanksgiving feast.

Lennon is SO cute!!! I am soo jealous, you are in such a fun stage of life. I am so proud!!!! Your Thanksgiving meal looked so beautiful. It is a huge task to make a thanksgiving dinner. Way to go!!! Sorry about the "yams"